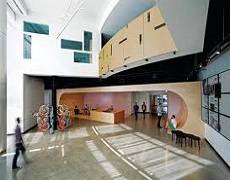 In a remarkable session on the future of work at Worktech 13 London this week – Charles Handy declared that organisations need passion, people and profit, in that order. Money isn’t the main motivating factor for individuals either, which is why Handy’s thoughts on the emergence of the portfolio worker should inspire anyone who dreams of quitting their corporate job to do something more interesting instead. Those who don’t have that option would have been cheered to hear the prevailing message at Worktech was that employers are waking up to the fact that the quality of the place and the pace of work (i.e. flexible working) is of equal importance to remuneration in attracting and retaining staff.

Claudia Hamm-Barstow of Jones Lang LaSalle described the dream workplace as a place where the company adds value to the employee experience, people feel valued and welcomed, the organisation feels meaningful, the work is rewarding and importantly there are no stupid rules.

The tech sector of course is where it’s at, in at least attempting to make this utopian dream a reality. In ‘Learnings from the West Coast’, Primo Orpilla of San Francisco-based interior design firm Studio O+A illustrated his talk  with numerous examples of the ‘invisible workplace’ where ‘town hall’, ‘library’ and ‘war room’ draw workers into collaborative, seamless spaces designed to meet their every need – though also calculated to keep them on campus as much as possible.

Things are not quite as forward thinking within the financial sector however where in a panel debate on the future financial workplace, it was revealed that despite knowing people are attracted to better surroundings not more money – getting every financial institution to sign off on anything other than yet another ‘one person one desk’ traditional office layout was like ‘pushing water up-hill’.

It’s no wonder then that a recent Deloitte survey showed that young people are now more attracted to working within the technology, rather than the financial sector because their perception is that banking offers less appealing surroundings.

We’ll be publishing further reflections on Worktech 13 London over the coming days and to read our exclusive interview with Greg Lindsay who wrapped up the event this year, click here.