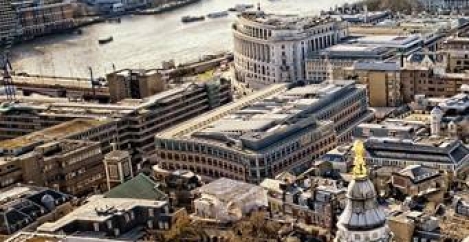 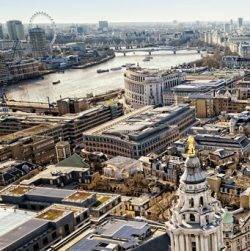 Demand for construction workers in London looks set to grow due to the completion of Crossrail and the extension of the Northern Line alongside other infrastructure projects. But a new analysis reveals the Capital is struggling to attract and train the workforce needed; with London and the South East having a shortfall of 60,000 people in the construction industry. This is according to a first of its kind analysis of the role of migration on London’s economy by London First and PwC. ‘Facing Facts: the impact of migrants on London, its workforce and economy’ argues that London’s growing workforce is significantly contributing to economic growth and helping to create more jobs in the capital. The report, which draws on a comprehensive range of information, including detailed ONS Labour Force Survey data shows how London’s total workforce has grown from 4.3 million people in 2005 to just under 5.2 million, made up of people from around the UK, the EU and the rest of the world.

Jasmine Whitbread, chief executive of London First, said: “As the government debates what the UK’s post-Brexit immigration policy should be, it’s critical we’re informed by the facts. Global migration is an important part of London’s ongoing success many parts of our economy would struggle without it. Today’s report is a significant step forwards in setting out the facts and providing the clearest picture to date of the people living and working in London.”

The calculation of new jobs created by migration is underpinned by an overall increase in the number of people working in London (85,400 more people on average each year, equivalent to an average annual increase of 2.3 percent).

London tends to attract skilled workers, defined as someone with specific proficiency, training, knowledge and ability in their profession. Nearly 60 percent of people from the EU-15 countries are in managerial and professional roles in London.

There is a marked difference when compared to workers from countries that joined the EU after 20043, with one in five (22 percent) workers based in London in managerial and professional roles, one in seven (15 percent) in supervisory and intermediate roles, but most are either self-employed or working for a small business (32 percent) or are in semi-routine or routine work (31 percent). One reason for this is the high proportion of EU born people working in the construction industry.

Julia Onslow-Cole, global head of immigration at PwC and a member of the Mayor of London’s Brexit expert advisory panel, said: “This research provides businesses with new information to help them assess their future resourcing requirements ahead of the UK’s exit from the EU. Employers have much to consider from an immigration and skills perspective. They need to analyse the impact of immigration changes on their business and, if they are reliant on EU workers, consider the medium to long term implications.

“This research provides food for thought for policy makers and it’s imperative that businesses take the opportunity to respond to the Industrial Strategy consultation and collaborate with the Government on education and skills training, in order to upskill future generations of workers.”

The research also shows that the number of UK-born Londoners of working age who are not in work – either unemployed, studying, looking after dependents or unable to work – is falling, from just over 608,000 people in 2005 to 537,400 by 2015.