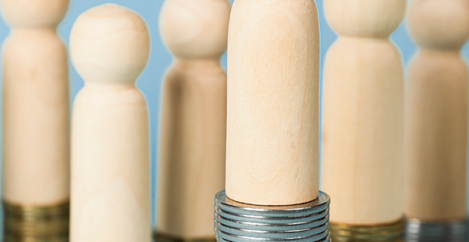 Half of employers don’t have a financial wellbeing policy 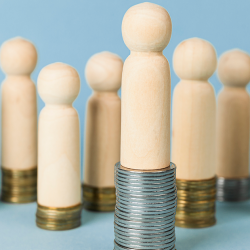 Despite the financial hardship wrought by COVID-19, half of employers (49 percent) don’t have a financial wellbeing policy. This is according to the latest Reward Management Survey from the CIPD (which 420 employers responded to).

A financial wellbeing policy acknowledges that, as income providers, organisations play a vital role in their workers’ financial wellbeing. It can be as simple as a commitment to signposting to independent money and debt guidance, offering access to low-interest loans and running pension workshops. But that’s not to say that employers aren’t doing anything to help people who might be struggling financially.

While the CIPD welcomes these moves, it wants every large employer to have a financial wellbeing policy which feeds into their wider wellbeing strategy and, ideally, put a budget behind it. The CIPD is also encouraging employers to act quickly since low-income workers have suffered the sharpest drop in earnings during the pandemic – and the Financial Conduct Authority has identified a quarter of the UK adult population now have low financial resilience.

As well as affecting an individual’s health and wellbeing, money and debt worries can impact people’s performance at work, which can have knock-on implications for their employer’s productivity and bottom line. However, the report suggests some employers don’t recognise the strong business case for having a financial wellbeing policy.

The most common reason given by employers for not having a financial wellbeing policy was that senior management don’t see it as a priority right now (49 percent). Other reasons given were 27 percent said that senior management see the need for a financial wellbeing policy, but don’t have the time, money or expertise to create it. 21 percent said they weren’t sure employees would want such a policy (this decreases to 11 percent for those who’ve asked their employees what impact the pandemic has had on their financial wellbeing). 20 percent aren’t sure it would contribute to employees’ wellbeing. 19 percent don’t trust a policy would improve their organisation’s performance.

The retail, hospitality, catering, leisure and cleaning sectors were most likely to report that their senior management don’t see a financial wellbeing policy as a priority (64 percent). However, employers in these sectors were also most likely to say they thought their employees’ finances had been adversely affected by the pandemic.

Charles Cotton, senior performance and reward adviser at the CIPD, said: “The pandemic has, unfortunately, hit many people’s finances hard, with many losing their jobs and others seeing their income fall. This has no doubt focused many employers’ minds on fairness and in-work poverty – and it’s good to see a number of them taking steps to protect people’s financial wellbeing during the pandemic.

“There’s an opportunity to do more.”

“However, it’s also clear that there’s an opportunity to do more. We’ve seen many employers really step up to the plate when it comes to supporting their employees’ mental wellbeing during this crisis, and we’d like to see the same attention given to their employees’ financial wellbeing. For too long it’s been considered the poor relation to wellbeing but we know the two are intrinsically linked and should have parity.

“And whilst we fully acknowledge how tough it is for businesses right now, with many just focusing on surviving, we think there’s a strong case for employers to be doing more to support their people’s financial wellbeing. It may well be that even light-touch steps, such as signposting to independent money and debt advice, can start to make a difference.

“It should also be said that every employee stands to benefit from having better access to financial wellbeing support, particularly at key life stages, such as when they are starting out, becoming a parent or retiring.”

• A quarter of employers (25 percent) will have revised how much they have spent on employee pay (both fixed and variable) by March 2021. Of these, 50 percent will reduce pay and 25 percent will increase it.
• Only 7 percent of organisations are changing pay to reflect home working or have plans to do so. A quarter do not intend to do so, while 16 percent are keeping the issue under review.
• A quarter (26 percent) of organisations intend to change the amount spent on employee benefits this year. Of these, 44 percent are increasing spend and 40 percent are decreasing spend.
• A fifth of organisations (19 percent) are making changes to their reward practices in response to the Black Lives Matters protests that took place last summer. Those that are taking action are concentrated in the public and voluntary sectors.

Revising benefits packages to include finance-friendly initiatives, like giving employees the option to choose how often they’re paid. Implementing flexible working policies so employees with caring responsibilities can balance working enough hours to comfortably pay their bills. Giving people security over their hours and helping them to progress into higher-paid roles. Committing, where possible, to paying all employees at least the Real Living Wage.