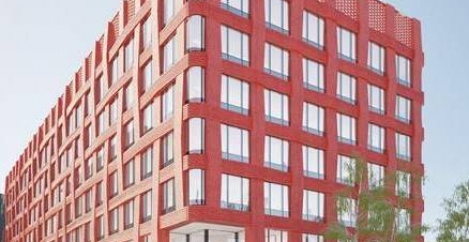 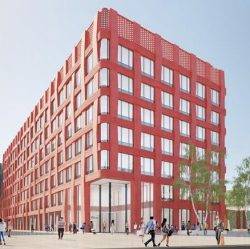 HMRC has completed a 25 year letting of 157,153 sq ft at the English Cities Fund’s New Bailey development in Greater Manchester. HMRC will take over the whole of the seven storey 3 New Bailey development with staff moving in from 2022. The move is part of a nationwide programme of lettings in major cities to deliver HMRC services at local level, overseen by the Government Property Unit. There have already been announcement of new HMRC hubs in Cardiff, Edinburgh, Leeds and Birmingham. The New Bailey move will form the initial phase of the HMRC Manchester Regional Centre. Additional capacity for around 2,500 staff working in the city will be retained at Trinity Bridge House as a transitional site until 2027/8, when the second phase of the regional centre is expected to open.

Steven Boyd, HMRC estates director, said: “The New Bailey development will provide HMRC with a state-of-the-art facility fit for a modern tax authority. Signing the lease is a significant, long-term commitment to the Greater Manchester region. This is one of our final regional centres to be announced. Staff are already working from the first regional centre in Croydon and are discovering how the building supports significant improvements in ways of working and collaboration. All the regional centres will provide our staff with the quality, digital working environments needed to deliver a better service to the taxpayer.”

Phil Mayall, development director at the English Cities Fund, added: “This is another giant step forward for the New Bailey masterplan and for Salford. The fact that the Government has chosen to relocate its employees to the scheme, is testament to the offering that we have created through our partnership with Salford City Council, to make New Bailey a place where people really want to live and do business.”