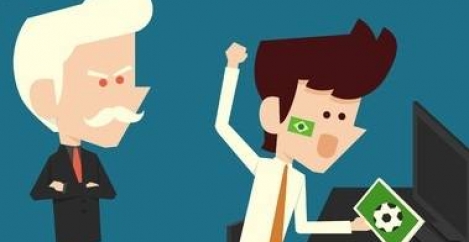 Home or away. What should employers be doing about the game? 0 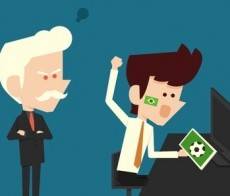 The Euros 2016 are underway. It’s an exciting time for the nation, but not so much for businesses that are potentially facing a largely absent workforce, be it physically or simply because they will spend at least 90 minutes of their afternoon glued to their mobile phones watching the match. Some employees might have been organised enough to book annual leave for the afternoon, but for many, they will be devising a cunning plan as to how they can get away to watch the match. Employers can expect to be faced with a hike in “sickies” and last minute requests to work from home as suddenly there’s a delivery due or a poorly child to look after. Some employees will just decide to chance it and not come back to the office after their lunch breaks, with no pre-authorisation at all. So what should you be doing as an employer?

ACAS promotes being flexible and having agreements in place – perhaps think about allowing people to start earlier or finish later, or allow shift swapping or making up the time on another day. This view is supported by TUC who suggest businesses should possibly arrange for staff to watch the games on company premises or allow them to work from home.

We are hearing from a number of clients that they are allowing their staff to watch games at work. They have embraced the opportunity to boost morale and gather their workforce in a room to support the nation. Some are even putting on soft drinks and nibbles and the staff are positively glowing about their employers being the “coolest in the World”. Arguably, a small sacrifice for such big praise.

Of course, there are always the dissenters. Those who say “I hate football, I prefer the Olympics”, or “I am into Wimbledon, so I’ll expect that to be televised at work” or the Ryder Cup or the Grand Prix. The list goes on – where does it end? Some say, it’s different with the Euros, as they’re once every four years unlike the other sporting events. Agreed, but then the World Cup is also once every four years (just a different four years), so effectively that’s a major football tournament once every two years.

Then there are those who will say – “I hate all sport but seeing as half of my colleagues are spending 90 minutes watching footie in the canteen, why should I be sat here working? I’m off shopping while the match is on – after all, the shops are likely to be pretty deserted so I can browse in peace!”

There’s also a more serious issue – we live in an age of Global workforces. We will have colleagues who are French, Polish, Welsh, Spanish etc. The chances are that they will be supporting their own countries, and although they are physically based in England, they’ll surely ask for time off to watch their countries play in the Euros… and why shouldn’t they be allowed to do this? Isn’t refusing this, basically discriminating against different nationalities?

The risks go on, so the best advice we can give is this:-

Remember that whilst you are not in any way obliged to allow employees to have the time out to watch the games, it might be more detrimental to have an outright ban. Where there is a will, there is a way, so perhaps have the wisdom to join in the fun but keep it within acceptable limits. At least showing the game at work means that after 90 minutes away from their desks, you would have the right to usher all staff back to their desks afterwards and expect them to get right back to work!

A kind of quid pro quo.

Anita Rai is an Employment Partner at Winckworth Sherwood