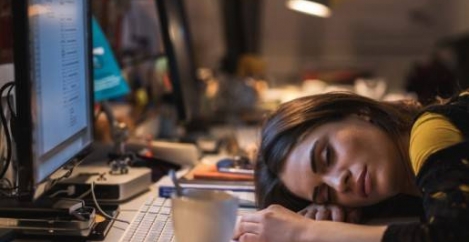 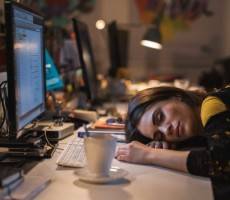 Women who put in long hours for the sake of their careers may pay a heavy price including life-threatening illnesses, such as heart disease and cancer. Work weeks that averaged 60 hours or more over three decades appear to triple the risk of diabetes, cancer, heart trouble and arthritis for women, according to new research from Ohio State University and published in The Journal of Occupational and Environmental Medicine. The risk begins to climb when women put in more than 40 hours and takes a decidedly bad turn above 50 hours, researchers found. Men with tough work schedules appeared to fare much better, found researchers who analysed data from interviews with almost 7,500 people who were part of the National Longitudinal Survey of Youth. More scheduling flexibility and on-the-job health coaching, screening and support could go a long way toward reducing the chances employees become sick or die as a result of chronic conditions, according to the report.

The researchers analysed the relationship between serious disease and hours worked over a 32-year period. Previous research has shown that workers who put in long hours face more stress, have more sleep and digestive trouble and are more fatigued. Their work performance suffers and they have more injuries on the job. But prior to this study, efforts to examine a connection between long hours and chronic illness have had mixed results, in large part because it’s difficult to obtain long-term data on work patterns and health.

This study used data from the National Longitudinal Survey of Youth 1979, administered by Ohio State’s Center for Human Resource Research and sponsored by the U.S. Bureau of Labor Statistics, which includes interviews with more than 12,000 Americans born between 1957 and 1964.

The study was led by Allard Dembe, professor of health services management and policy at Ohio University, alongside Mayo Clinic researcher and former Ohio State doctoral student Xiaoxi Yao. They examined data for survey participants who were at least 40 in 1998, when interview questions began to include questions about health status and chronic conditions.

They averaged the self-reported hours worked each week over 32 years and compared the hours worked to the incidence of eight chronic diseases: heart disease, cancer (except skin cancer), arthritis or rheumatism, diabetes or high blood sugar, chronic lung disease including bronchitis or emphysema, asthma, depression and high blood pressure. They also examined the results by gender.

The results among female workers were striking, Dembe said. The analysis found a clear and strong relationship between long hours and heart disease, cancer, arthritis and diabetes.

Men who worked long hours had a higher incidence of arthritis, but none of the other chronic diseases. And those men who worked moderately long hours (41 to 50 hours weekly) had lower risk of heart disease, lung disease and depression than those who worked 40 hours or fewer.

Because the data addresses chronic diseases reported by age 40 or 50, this study speaks only to early-onset disease and doesn’t shed light on the possible associations between long hours and lifetime risks, which could prove even more profound, Dembe said.

“The early onset and identification of chronic diseases may not only reduce individuals’ life expectancy and quality of life, but also increase health care costs in the long term,” Dembe and Yao wrote in the paper.

One limitation of the study is that it relies on average hours per week and doesn’t provide answers about the differences between those who consistently worked long hours and those whose careers were full of long hours at first but who found themselves with more free time later on, the researchers said. It also does not address the potential differences between mandatory overtime and discretionary overtime.

“It could make a difference,” Dembe said. “You might still be working hard, but the fact that it’s your choice might help you stay healthier. Women — especially women who have to juggle multiple roles — feel the effects of intensive work experiences and that can set the table for a variety of illnesses and disability,” said Dembe. “People don’t think that much about how their early work experiences affect them down the road. Women in their 20s, 30s and 40s are setting themselves up for problems later in life.”

Employers and government regulators should be aware of the risks, especially to women who are required to regularly toil beyond a 40-hour work week, he said. Companies benefit in terms of quality of work and medical costs when their workers are healthier, Dembe said.

Younger and older workers share many of the same attitudes to the workplace Home or away. What should employers be doing about the game?