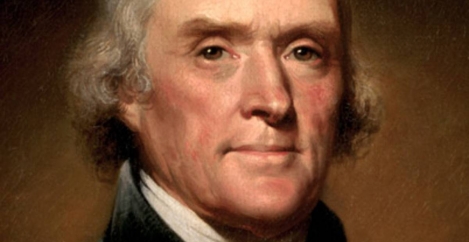 How Thomas Jefferson came to invent the swivel chair 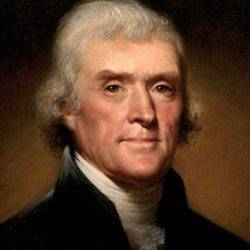 In 1775, Thomas Jefferson was a busy man. As part of the Committee of Five men and at the tender age of 33, he had been charged with drafting the Declaration of Independence that was to be presented to Congress the following Summer. By all accounts, Jefferson was a self-contained and self-sufficient man and, like many great people, a mass of contradictions.

Christopher Hitchens described him in 2005 as ‘a revolutionary who above all believed in order’. Hitchens also describes Jefferson as an early pioneer of what we now call wellness, reflecting that Jefferson believed – unlike Hitchens himself – that ‘a true philosopher ought to spend as much time in exercise and labour as he did with books and papers. He should emulate the balance and symmetry of nature. He should be careful about what he put into his system’. It is in light of this that we should not be surprised that Jefferson was the man who took time out from his world altering work to invent the swivel chair. 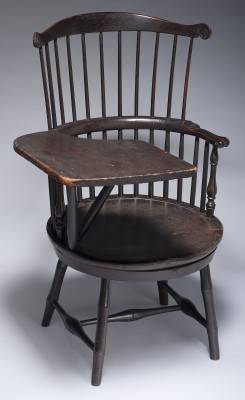 Jefferson had come to the conclusion sometime during 1774 or 1775 that the Windsor Chair he had been using for work while drafting the Declaration of Independence in Philadelphia didn’t offer him enough movement, so he resolved to create something that did. The modification to a swivel chair involved introducing an iron spindle between the top and bottom half which allowed the chair to rotate on rollers taken from window sash pulleys.

Jefferson was so taken with his invention that he took it with him when he returned in 1776 to Virginia. Jefferson made a number of modifications to his design for the swivel chair including replacing the original legs with bamboo and introducing a writing surface to one of the arms. It returned to Philadelphia in 1836 where it remains in the possession of the American Philosophical Society.

Jefferson also created an early progenitor of the laptop or tablet while preparing the Declaration of Independence. Now in the Smithsonian, the portable lap desk is claimed by the Museum to be the object on which he drafted the Declaration. The compact, mahogany ‘writing box’ was also designed while Jefferson was in Philadelphia and incorporates a fold out writing surface, a drawer for paper, pens and ink and is about the size of an early laptop. 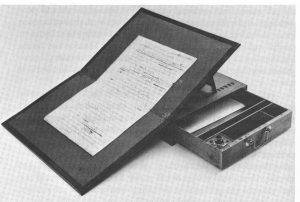 According to the archivist at the Smithsonian: “The desk wears its status lightly. Up close, you can’t help but notice a series of ink stains on the surface of the drawer. They are the careless, reassuring evidence of life. They mark the desk to this day with the daily humanity of the man who leaned on the writing box for half a century and supported on its sturdy wood the immense store of his mind.”