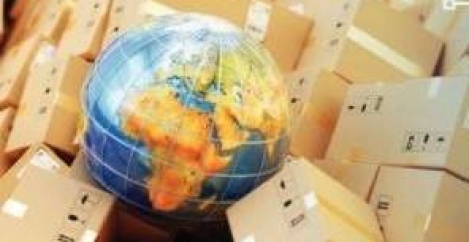 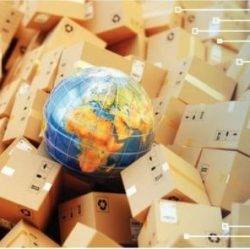 In an increasingly competitive international environment, providing workers with the right mix of skills can help ensure that globalisation translates into new jobs and productivity gains rather than negative economic and social outcomes, according to a new OECD report. The OECD Skills Outlook 2017 reveals big differences in the extent to which countries are equipping workers with the right knowledge and ability to benefit from the globalisation of production chains. The report finds a country with a skills mix that is well aligned with the requirements of technologically advanced industries can specialise in these industries on average 8 percent more than other countries, and up to 60 percent more than countries with a low alignment between the mix and these industries requirements. A supplementary note covers the UK’s situation.

“Countries increasingly compete through the skills of their workers. When workers have a mix of skills that fits with the needs of technologically advanced industries, specialising in those industries means a comparative advantage,” said Andreas Schleicher, OECD Director for Education and Skills, launching the report in London. “Equipping workers with new skills in areas like decision-making can also reduce their vulnerability to the risks of offshoring.”

Global value chains (GVCs) – where workers dotted across different countries contribute to the design, manufacture and sale of a single product – generally lead to productivity gains and job creation as small companies and countries are connected with global markets. GVCs can also cause job losses or wage stagnation when workers are ill equipped to respond to changing demands.

“In GVCs, where multiple inputs may cross borders many times before a final product reaches consumers, and where, on average, one-third of jobs in the business sector depend on demand in foreign countries, innovation is key for employment. Employment grows even in the more routine occupations, when sectors innovate” says Andrew Wyckoff, OECD Director for Science, Technology and Innovation, co-launching the report. “And innovation will not happen in the absence of the right skill mix”.

To get the most out of GVCs, industries need workers with literacy, numeracy and problem solving skills, prowess in management and communication and a readiness to keep learning. The more firms that have workers with these skills, the more productivity gains from GVCs will spread across whole economies. Yet OECD analysis has found that about one adult in four across OECD member countries have low literacy or numeracy skills.

The Skills Outlook claims that countries which have benefited from GVCs by increasing their specialisation in technologically advanced industries, improving the skill mix of workers and achieving good social or economic outcomes include Germany, Korea and Poland.

Conversely, Finland and Japan have highly skilled workers but could benefit more from GVCs if they deepen their specialisation in high-tech industries. Countries where worker skills are best aligned with the needs of high-tech industries include the Czech Republic, Estonia, Japan, Korea and New Zealand.

Investing in skill, along with increased participation in GVCs, is particularly important in developing economies that tend to be at the lower end of value chains and where working conditions are more often poor. On average in OECD countries, one third of jobs in the business sector depend on demand in foreign countries and 30% of the value of OECD country exports comes from abroad.

The report is part of the OECD’s biennial Skills Outlook series that expands on the findings of the 2013 OECD Survey of Adult Skills (PIAAC), testing the skills of more than 150,000 adults in 24 countries. The 2017 report also uses the OECD-WTO Trade in Value Added (TiVA) database, which measures trade according to the value added each time a product or service is exported or imported within a global production chain.

Commenting on the latest OECD Skills Outlook report, which suggests that the UK continue will lose its competitive advantage if it fails to improve its skills mixes, Steve Hill, External Engagement Director at The Open University, said: “The UK is in the grips of a skills crisis, lagging behind its international competitors. The UK Government has pushed to create more apprenticeships, including degree and higher level apprenticeships, to improve the skills economy and the employability of people of all ages, but there is still a long way to go. Work-based training provides the ideal opportunity to strengthen the links between education and the labour market, and apprenticeships give all people, especially those from disadvantaged backgrounds, a ladder of opportunity and the chance to train in the skills desperately needed by employers. However, this relies on eligible employers taking full advantage of the apprenticeship levy and training up staff in the skills they require for today and the future.”