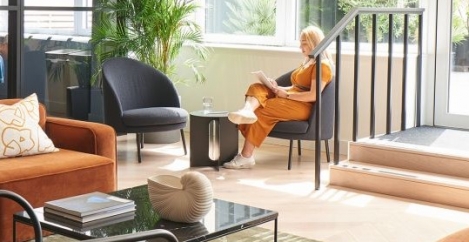 Introvert entrepreneurs outnumber extroverts by more than two to one 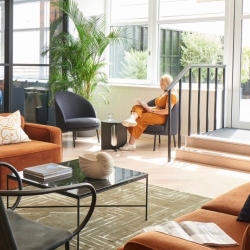 The UK is a nation of “intro-preneurs”, according to new research by Virgin Money. A third (36 percent) of entrepreneurs surveyed described themselves as being an introvert, compared to just 15 percent who said they are an all-out extrovert. The findings are part of Virgin Money’s campaign to celebrate ‘Upstarts’ – the people who have taken the leap and launched a business on their own.

The research highlighted seven entrepreneurial tribes to showcase the rich and talented tapestry of the UK start-up scene. Tribes include the lone wolves (33 percent), the specialists (17 percent), the humble heroes (16 percent), the originals (12 percent), the chancers (9 percent), the winging-it-ones (8 percent) and the hustlers (6 percent).

This is in stark contrast to the general public’s perception of what an entrepreneur should be. A poll of 2,000 UK consumers uncovered a belief that the top qualities needed to run your own business are confidence (66 percent), drive (61 percent) and creativity (57 percent). This gap between perception and reality suggests there is still work to do to encourage more people to believe they can go it alone and become an ‘Upstart’.

Graeme Sands, Interim Head of Business Banking at Virgin Money said: “You don’t need to be loud or outgoing to launch and run a successful business. The UK start-up scene is made up of a diverse range of talented and spirited individuals. Some of our nation’s most successful entrepreneurs are self-confessed introverts – so no one should ever feel like they have to hold certain characteristics to be a powerful force in business.”

There isn’t a one-size-fits-all to becoming a successful upstart. The research by Virgin Money assessed entrepreneurs’ work style and motivation to identify seven different types of Upstarts:

1) The lone wolves (33 percent): Have a clear vision and know they can achieve their ambitions independently
2) The specialists (17 percent): Have a sought-after skillset and know they can deliver
3) The humble heroes (16 percent): Prefer being the puppet master to the face of the business
4) The originals (12 percent): Offer something inherently different to stand out in the market
5) The chancers (9 percent): Don’t have everything mapped out but can pivot at a moment’s notice
6) The winging-it ones (8 percent): Had a business lightbulb moment but still figuring out the day-to-day
7) The hustlers (6 percent): Life is busy, but they can’t resist getting stuck into more projects

What all these tribes have in common is a belief in themselves and a tenacious attitude. The majority of respondents (88 percent) said they believed in their own skills to be successful, and four in five (81 percent) say the key to success is grabbing every opportunity that comes their way.

Emmanuel Asuquo, small business owner and financial advisor to a diverse range of entrepreneurs, commented: “We need to celebrate and support all types of Upstarts – whether they’re direct, outgoing, accommodating, or analytical. Just because people don’t enjoy the spotlight doesn’t mean they don’t exist, or that they’re not doing brilliant work.

“If people can see and hear more examples of entrepreneurs with different backgrounds and characteristics, they are more likely to believe they can do it for themselves. This could be the key to unlocking more invention and innovation in the UK start-up scene. We want budding entrepreneurs to look at these tribes and feel like they can belong.”