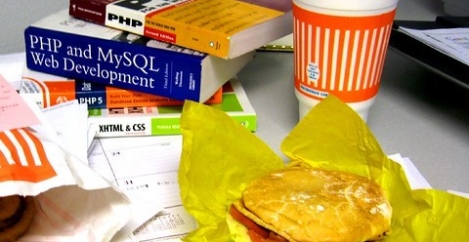 Smelly food is most irritating behaviour in the office 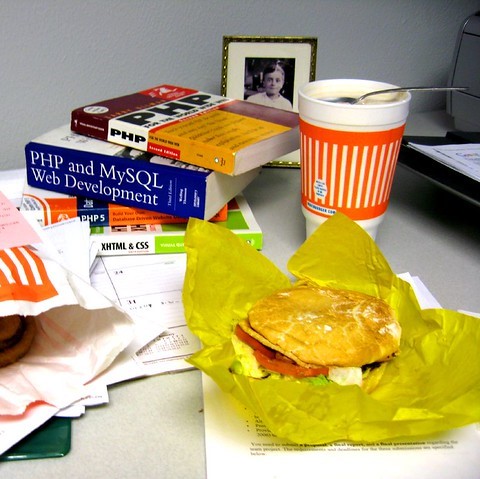 Research gathered from 2000 office workers across the UK claims that eating smelly food is the most irritating behaviour in the office. The study, conducted by 4Com aimed to discover which habits most get under people’s skin in the work environment. When it comes to the habits workers admit to having themselves, 33 percent say they have no irritating habits at all. 15 percent are aware they speak loudly, and 13 percent claim they have a tendency to sing while they work.

The findings back up a widely reported news item from BBC reporter Katie Hope earlier this month which looked at the culture of ‘al desk’ dining and the worst foods people eat in front of colleagues.

The 4Com research also looked at the way people react to workplace irritations. 37 percent of workers say they’ll tell the culprit face-to-face that their habits are irritating, while 15 percent would rather drop an email to express their annoyance, and 11 percent will just leave a passive-aggressive note. But, proving that British politeness is going nowhere, 38 percent will just ignore the problem altogether. Interestingly, men are more likely than women to tell a colleague face-to-face that their behaviour is annoying. Yet men are also more likely to gossip to a co-worker about it, hoping that the colleague will pass on the message.

The top five most irritating behaviours in the workplace

Commenting on the research, Mark Pearcy, Head of Marketing at 4Com, says: “If you work full time, you probably spend more time with your colleagues than anyone else, so it’s no surprise that certain habits can start to rub you up the wrong way. In those situations, we’d recommend letting the person know what’s bothering you in a clear, friendly and polite way, as well as being as patient as possible. After all, who knows, there are probably some things you do that make your colleagues grit their teeth.”