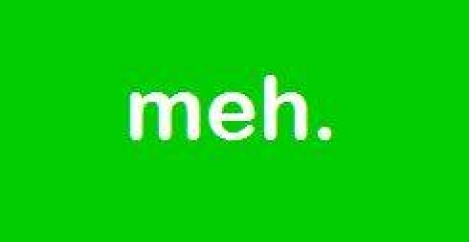 Is the environment now a non-issue for building occupiers and managers? 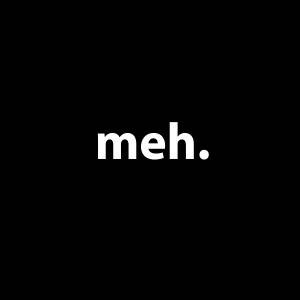 This week, I took part in a series of debates in London and Manchester. The discussions, led by Rob Kirkbride of the US workplace design trade journal Monday Morning Quarterback, focused on workplace trends in North America and Europe, based on the issues that dominated the recent Neocon show in Chicago. This in turn is based on the premise that what suppliers talk about when they present their products in public reflects what their clients are saying to them. However, one subject we didn’t cover in any detail was the environment, because nobody was talking about it very much at Neocon. Indeed nobody seems to talk about it very much at exhibitions anywhere these days. While few would deny that sustainability is an important subject, could it be that it is now something of a non-issue for building occupiers and their suppliers?

There are some reasons to believe that it is no longer a deal breaker, especially when all suppliers are saying the same or similar things. When all can meet the environmental criteria set out in a tender document; when they make similar, if not identical, statements about their commitments to meeting this or that; when all products are 95 or 98 percent recyclable; when all comply with the same environmental standards….then what does any of it matter when it comes to deciding between them?

This is the underlying weakness of events like Ecobuild which trade as showcases of sustainability. Is there a company in this sector that does not lay claim to a green mindset, boasts of various accreditations and initiatives and so qualifies to take part? This conundrum is not the fault of the organisers of these events, of course, but they should feel challenged about what exactly it is that they are offering. The problem for them used to be greenwash, but it is now white noise.

The feelings of indifference that suppliers may feel about talking about sustainability may reflect those of their clients. It is a point specifically addressed in the latest edition of the BIFM’s Annual Sustainability in FM Survey, as it was in last year’s. The 2015 report notes that:

Protection of corporate reputation has been one of the main drivers behind the sustainability agenda in business and, along with increased legislation, has seen the subject dominated by a tick-box mentality which is undermining the true benefit that can be derived from a holistic and strategic approach to sustainability. This year’s report confirms a sharp acceleration in these two trends as well as some others. Legislation and corporate image remain the top two drivers with the former being cited as a key driver for almost everyone that took the survey (95 percent) and the latter being a driver for 90 percent of respondents.

The survey’s methodology may itself hold some clues. Just over 300 facilities managers took part out of a total membership of 15,000 and countless other workplace professionals who could have submitted responses, included those engaged by the report’s sponsors.  In a nutshell, 300 participants is not very impressive and is likely to have skewed the results to some degree or other and may explain sudden shifts such as the number of facilities managers reporting their businesses as ‘very good’ or ‘excellent’ in executing sustainability programmes falling from 60 percent in 2014 to 40 percent this year.

It’s worth looking at the main points anyway because they do suggest a somewhat ambivalent attitudes towards sustainability. The study reports an increase in barriers to implementing sustainability policies, with 80 percent of respondents reporting physical constraints, 71 percent financial constraints and 69 percent citing a lack of organisational commitment. This does not quite chime with the fact that 81 percent of executive level respondents claim that sustainability is ‘very important’ to them, although this is only 61 percent of middle management respondents.

BIFM CEO Gareth Tancred thinks he knows how to address the predominant attitudes of ambivalence and box-ticking. “Whilst it is encouraging to see so many organisations regarding sustainability as an important part of their corporate agenda, businesses must adopt more formal processes to monitor and measure progress and avoid a short-termist view of sustainable business practice,” he said. “What is needed to address the ‘sustainability crunch’ is more collaborative working, to look beyond purely environmental connotations such as energy consumption, climate change and waste management, and integrate policies aligned with societal sustainability, such as the Living Wage. The risk of not doing so is that organisations are accused of only paying lip service to sustainability.”

He may be right but what is also needed is for the whole issue of sustainability to re-fire our imaginations with new ideas and new language.

Number of mobile workers in US will exceed 105 million by 2020 Settings, silence, serendipity, wellbeing and other lessons from Neocon