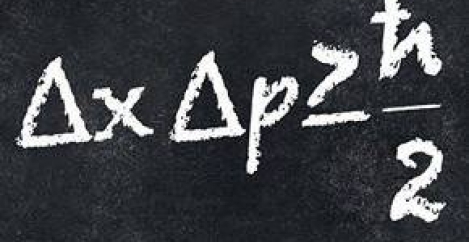 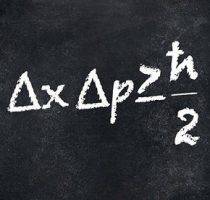 Flexible working has developed a reputation as something of a silver bullet for a range of workplace challenges. It is the perceived solution to almost any of the major workplace problems you care to mention, including the gender pay gap, work life balance, churn, property costs, staff engagement, personal autonomy, stress, physical wellbeing, productivity and – of course – as a way of meeting the needs of those alien beings we refer to as Millennials. There is some truth in all of this, as we have known for some time, but things are far more complicated than often presented.

There is no question that there are major problems with the way many people work and that flexible working, hand in hand with new tech, is a way of solving them to one degree or another. And yet, as one of the most interesting yet overlooked recent pieces of research into the effects of flexible working has made clear, the reason behind this may be more complex and fragile than we might suppose and has an antecedence in research that is now approaching its centenary.

Are we about to see the day in which flexible working has no discernible effect on the experiences and wellbeing of employees?

As Dr Canonico puts it: “This study provides a glimpse into a future where flexible working practices could become business as usual and seen as an entitlement by employees, especially among the younger generation. Whereas once people saw it as a favour and felt the need to reciprocate and give back more to the organisation for having that benefit, in this future, they will not. The study showed that some home working employees feel resentful that employers don’t pay their utility bills, or cover stationery costs, for example. Some managers, on the other hand, feel home workers take advantage of the situation.”

A degree of uncertainty

This idea that the changes we see may arise because we are looking at them has been with us for centuries. It has been expressed in the fields of mysticism, quantum theory and time and motion studies. It is perhaps best expressed in the famous yet slightly misunderstood Uncertainty Principle of Werner Heisenberg, normally expressed as the idea that ‘the act of observation changes the nature of that which is observed’. In a workplace context, this has some interesting practical and allegorical implications, especially in the field of stress management, where it seems clear that the more you ask people if they’re stressed the more likely they are to think they are or should be.

The Hawthorne Works became the venue for a series of landmark behavioural studies that initially set out to examine how fatigue, monotony and supervision affected productivity but found out something else entirely

In a business context, however, the most famous example came about in perhaps the most famous workplace research project of all time. This was carried out in a series of experiments in the 1920s and 1930s at the vast Hawthorne Works facility of the Western Electric company in Illinois. Already a proving ground for the emerging practice of time and motion studies, during the 1920s and early 1930s, the Hawthorne Works became the venue for a series of landmark behavioural studies that initially set out to examine how fatigue, monotony and supervision on an assembly line affected productivity but found out something else entirely.

The first phase of the studies was conducted in the 1920s to determine the effects of lighting levels on the output of assembly workers. What the researchers found was that the productivity of workers increased in areas with greater illumination, as predicted. But they also found out something they didn’t expect. Workers in a control group in which working conditions didn’t change also increased their productivity.

This finding so intrigued two Harvard University professors Elton Mayo and Fritz Roethlisberger that they conducted a second series of tests between 1927 and 1932 to test the effects of changes in length and frequency of rest periods and hours worked. A group of five workers with known productivity levels were separated from the rest of the workforce and set to work in a test room with carefully controlled levels of lighting, temperature and humidity. The subjects had no supervision but were given autonomy of how they worked, while also enjoying changes in their rest period, hours of work and the elimination of weekend working which was commonplace at the time.

The benefits of flexible working

What the study found was that output increased no matter how the physical conditions were changed. In fact, even when conditions were returned to what they had been before, productivity remained at around 25 percent above its original value. Absenteeism was only a third of that in the main assembly room. The study also concluded that workers are often more responsive to social factors such as the people they work with and the amount of interest managers have in their work than factors related to their physical surroundings. While this finding confounded the principles of scientific management at the time, it is a lesson we have yet to absorb fully.

Nearly a hundred years on, there is an ongoing debate about the implications of both studies. But the viewpoint of all of those who involve themselves in the debate almost always incorporates the idea that if you mark out people for special focus, you change their behaviour in unpredictable ways that may or may not have anything to do with their surroundings and working conditions. The lessons are clear for the new era of universal flexible working and the findings of Dr Canonico and her team may be the first sign that the benefits of flexible working are not inherent but may be the result of a number of forces and the instincts of the people involved.

People are happier in more beautiful surroundings, study confirms Insight Promotion: K2 completes an office like no other for Bericote