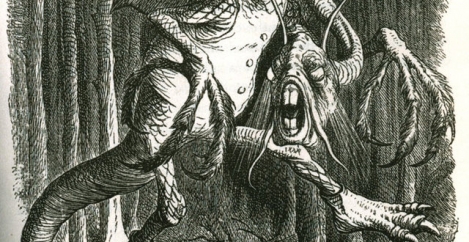 This is a piece to mark National Sickie Day, which is today. We now have a policy of not offering ourselves as an outlet for any of the deluge of comment pieces and surveys that are published each year to mark days like this. This is largely because we cover the issue year round so don’t feel the need to add to the PR feeding frenzy that they generate. Whatever you make of the findings of the these reports and others like them, even cynics would have to acknowledge they tap into an unmistakable  feeling that work is not as enjoyable as it should be.

We maintain a particular fascination with stress. Look up the word stress on Amazon and you’ll be offered untold numbers of results including titles such as ‘Stress Proof Your Life’, ‘How to do More Work in Less Time’, ‘Beyond Anger’ and even – refreshingly –  ‘Stress in the Workplace and How to Cause it’.

Our awareness of stress appears to be directly related to its incidence to some degree it would be foolish to guess. Nevertheless, it seems reasonable to suggest that the more we talk about it, the more stressed we get. One of the ways we might explain this is by borrowing an idea from the world of quantum mechanics. A commonly held  interpretation of Werner Heisenberg’s famous Uncertainty Principle is that ‘the act of observation changes the nature of the object being observed’.

In terms of stress, this means that the more you ask people whether they feel stressed and the more you talk about it as an issue, the more stressed they claim they are. I would suggest that this is more than mere attention seeking behaviour. It’s part of a wider pathologising of what might be the perfectly normal challenges of work and life and in the case of stress, the product of a number of complex, interacting factors, some of which may not be related to work at all.

The medicalisation of dissatisfaction

Winston Smith’s realisation in 1984 that ‘the best books are those that tell you what you know already’ is also true for some ideas. One of my own epiphanies came in a conversation about stress many years ago with Stephen Bevan, then at the Work Foundation and the recent co-author of the book 21st Century Workforces & Workplaces. He used the term ‘medicalisation of dissatisfaction’ to describe the process whereby stress becomes an outlet for unhappiness.

He wasn’t arguing that stress isn’t a problem, just that the issue is complex and determined as much by people’s response to potentially stressful stimuli as by the stimuli themselves. It is also apparent that the more you focus on the issue of stress, the more people claim to be stressed. The act of observation changes the nature of that which is observed.

We not only have a tendency to pathologise elements of our own lives, but are actively encouraged to do so by people who make money when we do. The marketing industry has a long history of this kind of thing, perhaps best exemplified by the story of how an entrepreneur called Edna Murphey employed the copywriter James Young to successfully convince two-thirds of the US women in the early 20th Century that ‘excessive perspiration’ was a serious embarrassment solvable by the use of anti-perspirants.

There is a personal problem here, of course, but the commercialisation of the solution relies on an ability to make it a pathology. We can see the same process at work in a number of facets of the workplace and our working lives.

Nor should we fall into the trap of generalising based on the minority of people who take advantage of an indefinable and largely self-determined condition to get time off work. In most cases, I would argue,  we are  tapping into a well of general unhappiness about work that is pustulating as stress. Stephen Bevan’s description of this as the medicalisation of dissatisfaction sums it up well, I think. The instinct then becomes to try to manage the issue, and that can bring its own problems if managers make the wrong decisions or ones which are well meaning but have unintended consequences. As this clip from the film Jabberwocky illustrates, intervening in a complex situation may see things escalate rather than improve, however well intentioned somebody is.

This is a complex issue not least because of the subjective component of stress, the willingness of doctors and employers to allow people to self-diagnose or perhaps more accurately their inability to weigh up what they are being told, and the idea that what we used to call ‘pressure’ may now often be redefined as ‘stress’, especially if we are asked what is making us unhappy at work. If so, this does us all a disservice, not least those people who are genuinely stressed and have no control over their situation.

One of the outcomes of this shifting of definitions is the attempt by organisations to manage stress in the workplace in the wrong ways. Some of the solutions they try may be too superficial to have an impact. Certainly I don’t think that anybody who is badly stressed will be affected in a meaningful way by the colours of the walls, corporate sanctioned mindfulness, CBD oil or better gut flora, which have all been proposed as stories to us in just the last few days.

Other attempts to resolve the problem may be entirely unproductive if employees are stressed because of external pressures at home or if they are failing to address their own reactions to what may be normal work pressures. And, as a slightly and ironically distorted interpretation of the Heisenberg Uncertainty Principle teaches us, sometimes when you try to measure things, you change what it is you are trying to measure.

Image: The Jabberwock, as illustrated by John Tenniel in the original 1871 edition of Lewis Carroll’s Through the Looking-Glass, and What Alice Found There. Public domain

Navel gazing may not be the answer to the challenges facing workplace professions Mental health benefits of time in nature valued at £4.5 trillion globally