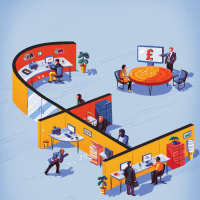 You can’t help but notice that there has been a shift in recent years for us to become the consumers of things we were once obliged or wanted to own. We watch films on Netflix, listen to music on Spotify and share cars with strangers through BlaBlaCar. As both individuals and businesses we rent software rather than own it and in the growth of serviced offices and co-working spaces we see the same forces at work. The attractions of this approach are obvious, not least in keeping down the costs of things we may not want to keep in the long term and leaving ourselves free to make different choices in the light of rapidly changing circumstances. So it’s no surprise that economic uncertainty is just one factor that has driven an increase in asset financing at the same time that we have seen a permanent change in spending patterns.

Yet organisations have an apparently ambivalent attitude towards the idea of leasing as a way of keeping their options open in a rapidly changing world, pigeonholing some products and services as lease-able and others as something that needs to be bought outright. In the former category we find vehicles, IT and office equipment. In the latter we find office furniture and fit-out. 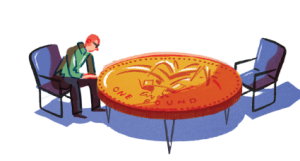 ‘It’s perhaps surprising that more organisations don’t consider leasing a fit-out,’ says Charles Marks of Chepstow based office fit-out and design firm Fresh Workspace. ‘The traditional method of financing as a capital purchase has many advantages, but it is not always the right solution. Leasing offers an alternative that is tax allowable and spreads the cost based on a fixed budget which can help the business plan around regular monthly outgoings. This has obvious benefits in terms of cash flow and credit scoring but also allows the firm to think outside the box in other ways, for example by allowing it to upgrade space more readily or even acquire a better and more expensive interior than it might assume was affordable. I don’t think you should underestimate this flexibility for organisations operating in a fast paced business environment.’

However there are possible reasons why leasing may not be the best option too. ‘It’s a question of asking the right questions up front,’ according to Charles. ‘An outright purchase may be the best option and there are several different forms of leasing to consider that may suit some organisations more than others. So final payments for leased products might be significant if the buyer decides they want to hold on to what they’ve got at the end of the term. The length of the lease or purchase needs to be weighted up against the quality, adaptability and durability of the products themselves. The terms and conditions of the lease should also be considered, as there may be charges for damage beyond what constitutes normal wear and tear, or special charges that apply if the furniture is returned within the lease term. As always, it’s great to know all of the options and get some advice to make the right decision.’ 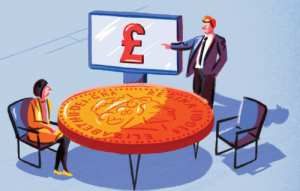 One firm that did go down the leasing route was Openwork, a financial services firm employing around 2,000 advisers in the UK. Last year the firm moved to a new 27,000 sq. ft headquarters building near Swindon to accommodate business growth. According to Chief Financial Office Simon Clifford the move was not only a chance to address operational issues such as the desire to implement more flexible working and provide staff with a better working environment, but also a chance to address how the office was financed. ‘The new arrangement allowed us to ¬ fit out our new office building in a way that would not have been possible without the funding arrangements that were made available to us’ he says. ‘We opted to finance around three quarters of the total cost of the move with a lease facility.’

So why haven’t more firms been drawn historically to look at leasing as an option? Martin Pickard of FM Guru believes that there have traditionally been a number of factors. ‘In the past the cost of capital was very affordable, and may even have been better than the terms offered by leasing,’ he says. ‘I’m not sure that is any longer the case but it certainly was a factor in the past, especially when you consider the fact that the cost of the furniture as an element in the overall cost of a building is likely to be relatively small. Then again that equation will change when you start to look at extensive fit-outs, refurbs, dilapidations and so on.’

Martin also believes that the life cycle of furniture plays a part in decision making. ‘With things like cars and computers, you know in advance you’re going to replace them after two or three years either because you want a more recent model or because they don’t do the things you need them to do,’ he says. ‘That may not be the case with furniture, even allowing for the fact that firms generally underestimate how frequently they will need to buy new furniture, relocate or reconfigure offices. Similarly, while furniture may only be guaranteed for five years or whatever, you may have a perfectly reasonable expectation that a well made product will last for ten or twenty years. I think it’s important to consider all of these things and look at all of the options.’ 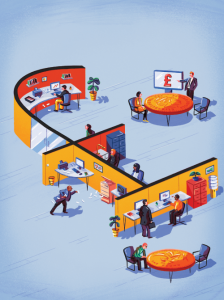 Leasing itself comes in a number of forms so it’s worth bearing in mind that there is even a degree of flexibility in the kind of lease that might be best for you.

Lease purchase
Also known as hire purchase, this is familiar to most of us through the High Street. Payments are made over a fixed period, at the end of which the asset becomes yours. Under lease purchase agreements VAT registered businesses can claim back the VAT on the asset upfront, there is a capital allowance on the reducing balance and interest payments can be offset against profit as part of a 100 percent tax allowance over the term of the contract. The assets are effectively yours, so upgrades are also your responsibility.

Finance lease
Similar to a lease purchase except that the ownership of the asset does not transfer at the end of the contract, although you may wish to come to an agreement to buy the assets at some point. Payments can be offset against tax and VAT can be reclaimed.

Contract hire
Essentially, you get to use an asset that remains the property of the finance company who are also responsible for its maintenance and upgrade. A residual value for the asset will be set for the end of the contracted period which will typically be deducted from the original sum financed. This might offer a more affordable option to a finance lease and you won’t have to worry about the upkeep of the assets. Some businesses find this attractive because there is no large initial capital outlay and it can help to pep up the balance sheet. The possible downside is that you will not own the asset at the end of the contract.

Information supplied by Plus Finance