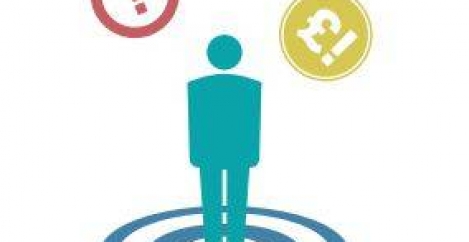 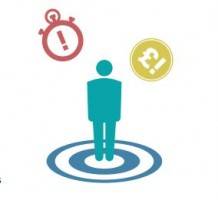 Employers are failing to address weaknesses in leadership development, and this is compromising their organisational agility, according to a report published by Orion Partners. The report, Agile HR: Mindset Not Methodology found that those questioned understood the importance of agility, with 67 percent of HR professionals describing it as “business critical.” Yet despite 59 percent agreeing that the people management practice that has the greatest impact on organisational agility is leadership development, none of the senior HR professionals polled rated their organisations as highly effective at building versatile leaders and 75 percent believed they were no more than moderately effective in this area. Attempts to make their companies more agile with the introduction of flexible working are not being focused correctly either, which the authors suggest is reaping the consequences of failing to sell the wider business benefits of effective HR management.

In the poll of senior HR practitioners representing companies employing almost 3,000,000 people a third of the senior HR professionals polled said they had done no more than tweak their leadership development practices over the last 2-3 years.  Almost 70 percent saw the need for either a comprehensive overhaul or significant change to their leadership development practices as the majority of HR professionals believe the importance of organisational agility is set to increase – 87 percent of respondents believed this was the case.

Jane Chesters, co-founder of Orion Partners and author of Agile HR: Mindset Not Methodology, said: “Our research shows HR practitioners can increase organisational agility most effectively by improving the quality of leadership.  The good news is that the majority of senior HR practitioners recognise the need to focus their efforts and energies here – the bad news is that, so far, their efforts aren’t delivering the goods.”

“On the face of it, HR should be well-positioned to play its part in driving organisational agility via critical people management practices like leadership development.  The HR function has spent the better part of twenty years trying to deliver the Ulrich model but too often this has meant chasing operational efficiencies at the expense of talent management in general and leadership development in particular – even though this was never what Ulrich advocated.

“While cost savings delivered from integrated, centralised operations have been real, they have required huge investment in terms of change management, technology infrastructure and organisation design to deliver.  That this has sapped resources from learning, performance and succession that are the backbone of effective leadership development programmes – that’s meant less bang for the buck.

“We are reaping the consequences of failing to sell the wider business benefits of effective HR management.  If agility is as important as business leaders say then HR directors need to focus on effective leadership development as a matter of urgency.”

The research also suggested that the efforts of HR professionals to make their companies more agile were not always being focused where they will have maximum impact.  Two-thirds of companies, for instance, have invested time and resources in flexible work contracts recently – but only 13 percent of HR professionals surveyed say that this had any significant impact on organisational agility.

Jane Chesters concluded: “Those people management practices seen as having the least impact on organisational agility were a surprise.  The ability to ‘switch on and off’ through flexible employment contracts – zero-hours contracts being the most high-profile example – wasn’t rated as important by 88 percent of participants.  Despite the vast majority of HR directors not thinking flexible employment contracts improve agility, HR teams are still investing time and money in them.”

The report Agile HR: Mindset Not Methodology is available here.