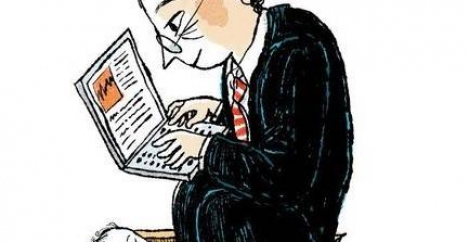 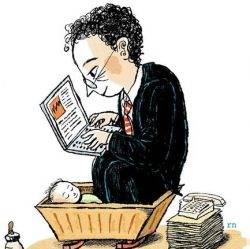 Just 5 percent of new fathers and 8 percent of new mothers have opted for Shared Parental Leave (SPL) since its introduction in April 2015 a new report claims. Just one organisation in five (21 percent) said they had received requests from male employees to take up SPL since April 2015 and in two-thirds (67 percent) of organisations with mothers eligible for SPL, none have opted in. This low take-up of (SPL) and the lack of affordable childcare options for parents with 0-2 year-olds are both major problems that need to be addressed to support working parents more effectively, according to ‘Labour Market Outlook: Focus on Working Parents’ from the CIPD. The survey of over 1,000 HR professionals also suggests that the lack of free childcare for 0-2 year-olds could be having a negative impact on women returning to work after maternity leave.

Two-thirds of respondents (68 percent) agreed that the participation rate of women with young children at work would improve to a large (30 percent) or some extent (38 percent) if the same level of free childcare available for three- and four-year-olds was available for children up to two years of age.

Rachel Suff, Employment Relations Adviser at the CIPD, comments: “Shared Parental Leave was a milestone for gender equality when it was introduced last year. The intentions were right, and on paper it gives new parents much more choice and flexibility about taking leave to look after a new baby, particularly if the mother is the higher earner and if dads want to play a bigger role in their child’s early life.

“However, the complexity of the rules and the financial gap between statutory maternity pay and statutory shared parental pay in the early weeks are clearly outweighing these positives in reality for many. Government needs to look at what steps can be taken to ensure SPL can bring a step change on the ground in the UK.

“Encouraging pledges on childcare were made during the last general election but the approach to date, however well-intentioned, has been to introduce ad hoc initiatives without considering their longer-term impact. For example, the more time people spend out of the labour market, the harder it is for them to re-enter it, and the continued lack of provision for 0-2 year-olds means that an unintended consequence of this policy is that the choice to return to work just isn’t there for some new parents. At a time of greater economic and labour market uncertainty, we need a national childcare strategy developed by Government in collaboration with employers, so that parents with younger children have better opportunities to return to work after having a baby.”

The survey also found a significant lack of employer provision for working parents which is a further barrier to balancing work and care commitments. For instance, just 30 percent of respondents said their organisation proactively promotes flexible working options to employees who have caring responsibilities, and only 11 percent say they have a childcare policy covering the range of support available to working parents.

Suff continues: “Given the number of ways in which employers can help working parents – and not all of them involving a financial commitment from the employer – these findings paint a disappointing picture of the support available. The right to request flexible working was first introduced in 2003, so it’s not encouraging that so few organisations are proactively promoting flexible working over 13 years later.

“With the so-called ‘sandwich generation’, affecting people who are increasingly required to care for their ageing parents or relatives while still supporting their own children, flexible working and support for working carers are key to many being able to stay in work. Employers need to review their support for carers, before they lose valuable talent from across their workforce.”

Sarah Jackson OBE, Chief Executive of Working Families, the UK’s work-life balance charity, said: “For many working parents of children under three the only support with childcare costs is childcare vouchers.  So it’s concerning that more than two thirds of employers are unaware of tax-free childcare, which will replace it.  The Government should take action to raise awareness of the new scheme among employers – who can then tell working parents about it – without delay.

“Although the shared parental leave take-up figures are in line with government expectations, Government and employers should now set their sights higher – and tackle the barriers to fathers using it. Extending it to grandparents – as the government has proposed – is a red herring that will further complicate and undermine the policy’s intention; to encourage fathers to share care of their new baby.

“But the crucial piece of the jigsaw is more flexible working opportunities – so that parents can combine work and care on an ongoing basis.  Disappointingly, this report shows that only 30 percent of employers are proactively promoting flexible working options.  Employers taking a flexible by default approach to recruitment would be a game-changing first step.”

The survey found there were differing views on extending Shared Parental Leave and pay to grandparents:

Currently, all three- and four-year-olds (and disadvantaged two-year-olds) are entitled to 570 hours of free childcare a year, typically taken as 15 hours a week for 38 weeks. The Government plans to fulfil its election promise and extend the entitlement to 30 hours of free childcare for working parents of three- and four-year-olds from 2017, but funding for the vast majority of 0-2 year-olds continues to be lacking.