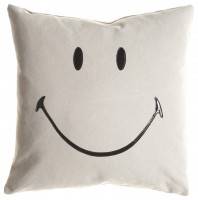 Forty-two percent of U.S. adults are getting less than seven hours of sleep on a typical night, the minimum number of hours recommended by the National Sleep Foundation for those aged 18 and older. Gallup research reveals not getting enough sleep is not only linked to lower well-being for individuals, but it is also costly to the U.S. economy. Employees may not have enough time to sleep because of working long hours, family obligations, insomnia or having poor well-being in other areas. For example, poor physical well-being, social isolation or financial strain could adversely affect quantity of sleep. According to Gallup, employers should explore interventions to promote the value of sleep and its link to employees’ well-being, as this relates to engagement, healthcare costs and productivity. When possible, they may want to allow employees to work flexible hours, which could make it easier for workers to balance work and family demands with getting enough sleep.

With this in mind, Gallup says that when companies add a well-being focus to their engagement program, it has an accelerating effect. Together, these two approaches help establish a workplace culture that enhances employees’ lives. In a company that supports employees’ well-being and engagement, workers are more likely to be thriving overall, which helps boost their individual, team and organizational performance.