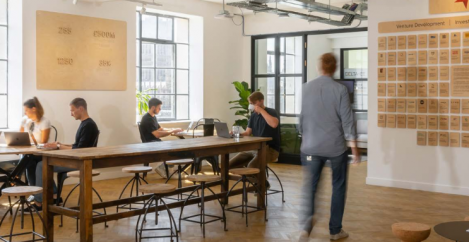 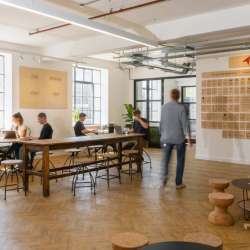 Lambeth is set for London’s biggest increase in sustainable office space over the next decade with an estimated six million square feet of extra space for business set to be created. A report commissioned by Lambeth Council details this expansion, how it supports the borough’s growth priorities and delivers space fit for the future of work. The report ‘Lambeth: The Future of Sustainable Work’ sets out how expansion supports the council’s bold ambitions to foster well-paid jobs in growth sectors for the borough’s young people, to achieve its Net Zero by 2030 outcome and to create an environment for local entrepreneurs to flourish.

Existing and start-up businesses in the life sciences sector, the low carbon economy and creative and digital industries are already gravitating to Lambeth, particularly around the borough’s dynamic neighbourhoods of Brixton, Waterloo/South Bank and Vauxhall/Nine-Elms.

The expansion of office space is set to support further growth in these areas by creating new working environments that are flexible, support collaboration, meet high sustainability standards and enable a strong focus on the health and wellbeing of all workers.

The driver of this growth in Lambeth, as highlighted in the report, is that the borough is incredibly well connected with excellent transport links, has a diverse, ambitious population and a creative streak that shines in the emerging tech industries which are set to provide future proof, well-paid jobs. At present, Lambeth only has a three per cent share of London’s total office space, and much of this is aging meaning it no longer suits changing ways of working or meets the borough’s ambitious climate objectives. Furthermore, the amount of office space in the borough has fallen over the last decade.

While Lambeth has a low proportion of London’s overall office space, it also has among the lowest vacancy rates, at 3.8 per cent, signalling high demand. In Waterloo and Vauxhall, half of all space let was pre-let and prime rents have recorded growth of 73 per cent and 118 per cent respectively over the last ten years.

This pipeline is critical for a borough seeking to create spaces that respond to employers’ needs and are sustainable into the future. In a survey of European property directors conducted by JLL, more than half stated that they would reduce low-quality office stock and 47 per cent said that they would grow the high-quality space in their portfolio.

Lambeth has a host of significant occupiers across Waterloo, including IBM, Europe’s largest WeWork, The Office Group and Royal Dutch Shell plc, signalling confidence in the area as an office destination. The Battersea, Nine-Elms and Vauxhall Opportunity Area is also host to big employers, including Penguin Random House and Apple.

SC1, London’s Life Science District in Waterloo, has the potential to create 50,000 jobs by 2050 and is set to expand. Brixton, one of London’s Creative Enterprise Zones, is home to creative businesses Squire and Partners and Jellyfish Studios. Lambeth Council is also investing in the low-carbon sector through Sustainable Ventures at County Hall, the largest start-up space for sustainable businesses in Europe.

The Great Relearning about the Great Office Problem Third of employees won’t switch off over Christmas, even though the boss wants them to