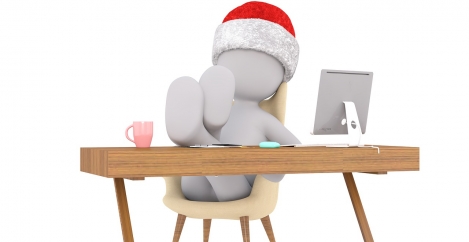 Third of employees won’t switch off over Christmas, even though the boss wants them to 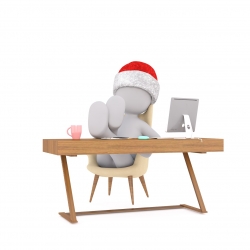 A poll of over 2,000 UK office workers by Slack and YouGov claims there is a ‘worrying disconnect’ between bosses and employees on work expectations during the Christmas period. The majority (83 percent) of UK bosses, with leadership responsibilities, say they will encourage people to switch off during the holiday season. But, despite this, a third (32 percent) plan to be online and available to work during the holiday season—even when they have time off.

Almost 2 in 5 (36 percent) employees who are available for work will check in on Christmas Eve—even though it falls on a Saturday this year. What’s more, nearly 1 in 5 (19 percent) plan to check their work messages on Boxing Day, and 1 in 10 (10 percent) will even do so on Christmas Day!

The findings are part of a new “Festive Season Survey”, exploring how the looming recession is impacting UK employees’ ability to switch off and whether they feel pressure from their bosses to be available. It suggests that 38 percent of bosses note there’s no day over the holiday period where they expect employees to check in with work—whether that’s looking at messages, emails or providing an update.

However, the data indicates that employees are struggling to disconnect, according to 3 in 5 (53 percent) of those who say they are available to work despite having time off.  With a gap existing between bosses and their employees regarding work over Christmas, expectations must be clearer. In fact, half (49 percent) of employees—as well as 50 percent of bosses—worry that the pressure to be constantly available for work will lead to burnout. Individuals are not just concerned about themselves burning out, but their co-workers, with 51 percent of bosses revealing this is a worry rising to 54 percent for employees.