Latest addition to flexible working locations should be the local library 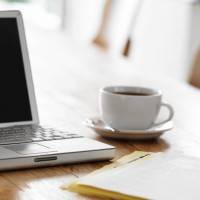 The latest venue to be co-opted as a potential flexible working space is the public library. According to a new report published last week by William Sieghart, based on research into over 150 locations and hundreds of written submissions, the key to saving Britain’s imperilled public libraries is for them to introduce more seating, Wi-Fi connectivity and hot drinks and food. The provision of fast and reliable Wi-Fi access was named as one of the key actions to draw more people away from coffee shops, which often prove popular venues for flexible working, and into libraries. The report, published by the Department for Culture Media and Sport found that a third of libraries currently do not offer visitors Wi-Fi, which is a “shocking” statistic, according to report author, William Sieghart. “So they’re slated for closure while everyone’s in the Costa opposite, where there’s a loo, hot drinks and internet access.”

The three key recommendations of the report are: