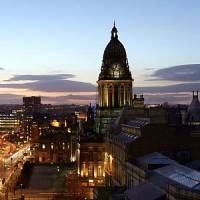 Leeds is the latest UK city to announce the roll-out of free city-wide Wi-Fi. Although full details are yet to be confirmed, the contract with telecommunications firm aql will initially target areas of Leeds with poor levels of connectivity. Leeds City Council has already installed free Wi-Fi in over 100 council buildings including libraries, museums and leisure centres as part of the Government’s Super Connected Cities programme which was announced in 2012 to invest £100 million in the provision of ultrafast broadband in ten of the country’s major cities. In November of last year, Derry also announced the rollout of city-wide Wi-Fi as part of a plan to transform the local economy.

Councillor Lucinda Yeadon, Leeds City Council’s executive member for digital and creative technologies, culture and skills, said: “Our ambition is for Leeds to be a modern, digitally-focussed city where residents are fully equipped to take advantage of all the opportunities that the internet provides. In order for us to achieve that, it’s absolutely crucial that as many residents as possible are able to access the internet, no matter where in the city they live.

“This new contract will hopefully go some way to helping bridge the ‘digital divide’ by potentially focussing on some of the areas of deprivation and current poor connectivity. As the world becomes increasingly dependent on the internet it is vital we do all we can to ensure everyone in our city has access to the benefits the internet can provide.”