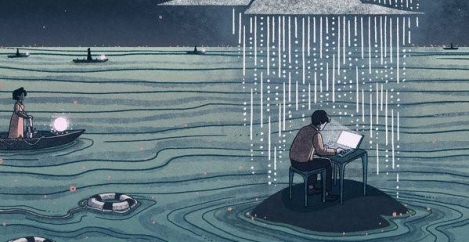 Lies about work, the limits of wellness programmes, sleepwalking architects and some other shoes 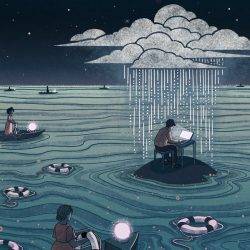 There are lots of reasons to worry about where the World might be taking us, or perhaps where we are taking it. You can take your pick but for me one of the most worrying aspects of contemporary discourse is the obvious dearth of empathy. We might like to think of this as an innate characteristic of human beings, but it really isn’t. It’s something that we also need to learn. This idea is explored in this piece by Hanna Rosin who centres her argument around an analysis by Sara Konrath, an associate professor and researcher at Indiana University who has discovered that our willingness to empathise with people is eroding rapidly, especially for those who we see as ‘other’ or irrelevant. If you want an example of lack of empathy, you can see it in this footage of a banker being taken to task for it in a US committee hearing.

Because empathy is so important to how we function in our daily lives and interactions, and because it is essential in how we perceive and work with other groups in society, we might expect to see more articles of this kind from Elizabeth Segal which draws distinctions between interpersonal and social empathy and defines what empathy really is.

Empathy is not imagining how you might feel in the place of another. It is imagining and trying to understand what the other person feels. The difference between thinking about yourself in another’s situation and thinking about the other person in that situation is simple but profound, requiring well-developed, differentiated mental abilities. Empathy is other-focused, not self-focused. Someone with sociopathic tendencies can ‘read’ other people well and understand their emotions. But a sociopathic person reads others in order to manipulate or take advantage of that person. It is not empathy.

The article finishes with a series of steps we can learn to develop a more empathetic response to others. This is similar in some ways to the steps advocated by the likes of Marco van Bommel when encouraging people to overcome the dehumanising effects of the bystander effect, which first came to the public’s attention with the work of researchers Darley and Latané in the wake of the murder of Kitty Genovese. It all starts with self-awareness of our responses to others and their situations.

All of this matters in a workplace context because of its implications for the way we design offices and cultures for other people. One aspect of its application is explored by the great Bill Bordass in this piece for the Architects Journal which argues that architects have ignored their responsibilities to the planet because it has suited them.

Most building professionals still know little about how their projects perform in use. They remain happy to follow Design for Compliance rituals in spite of massive performance gaps, with energy use and carbon emissions commonly two or three times the design estimates. To me, ‘we were only following orders’ doesn’t look like discharging a duty of care to the public and planet. Do we deserve our professional status?

Because it matters what we do and how we behave towards our fellow creatures, we shouldn’t be fooled by ostentatious displays of organisational rectitude and insight into the human condition when the reality of a culture can be exposed by a single event. Take the example of Google, an obvious exemplar of a 21st century enlightened workplace provider, which was lauded in this recent piece from Inc outlining the empathetic principles that underlie the firm’s recruitment of managers.

This week Wired published a story based on leaked internal emails from Google alleging that there is a culture of retaliation at the organisation for those who step out of line, especially in the case of the leaders of the heavily publicised walkouts at the firm late last year, protesting at Google’s inadequate response to sexual misconduct allegations. It’s almost as if the firm is making a particular show of empathy when its true nature is hidden. Like a psycho might.

To round off this subject on a more positive note, a new piece in the Harvard Business Review looks at the reasons why coworking spaces, and by extension agile workplaces, might offer a more empathetic working environment for people.

At a basic level, coworking is a service that simplifies the transaction of accessing and occupying a workspace. However, it is also a social product that nurtures a sense of belongingness to its members. In addition to spaces that target a full range of member demographics, there are, for example, niche coworking spaces for women, people of color, social ventures, lawyers, architects, and fashion businesses. Because switching costs among coworking spaces are relatively low due to the lack of long-term member leases and the availability of different service providers, members can choose a space that reflects their identity and the identity they want to cultivate for their business.

Google might typify many organisations in that it displays the trappings of an enlightened work culture even though the reality may or may not be somewhat different. This is the central premise of a new book I have been reading called Nine Lies About Work which uses actual research to blaspheme against many of the most commonly parroted workplace catechisms. These include statements such as Work Life Balance Matters Most, People Care Which Company They Work For and People Have Potential. Recommended.

Another shibboleth of workplace thinking is challenged in this piece of research led by academics from Harvard Medical School and published in the Journal of the American Medical Association. It questions the efficacy of workplace wellness programmes as a way of changing behaviour because most research into the subject has focussed on outcomes for those who voluntarily join them. In other words, the methodology is inherently biased and must be balanced by controls for the outcomes of people who don’t take part.

As always, we like to look for simple solutions when things are often complicated.