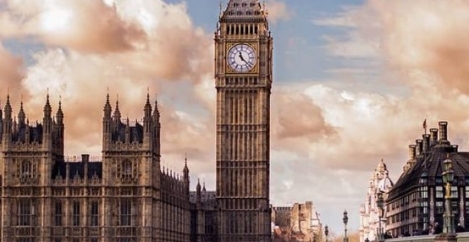 London crowned the most desirable city in the world to work 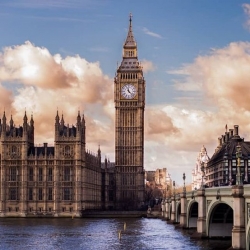 A new study on recruitment and workforce trends has crowned London as the world’s most desirable city to work in, with the UK capital holding onto the top spot, despite uncertainty around Brexit and the ongoing Covid-19 pandemic.

The Global Talent Survey, compiled by Boston Consulting Group (BCG), Totaljobs in the UK, and The Network, gathered the views of 209,000 participants in 190 countries, claiming that the pandemic has had a major impact on people’s attitudes to working abroad.

Globally, fewer people are willing to move for work, potentially impacting availability of talent. Nonetheless, many of the countries that have grown their appeal since 2018 are those with relatively low Covid-19 cases, or government responses that have largely been regarded as efficient and positive.

Despite ongoing uncertainty surrounding Brexit and Covid-19, London has retained its title as the world’s most desirable city for work, which it has held for the last eight years. Meanwhile, the UK as a whole has stayed in 5th position since 2018, after dropping from 2nd between 2014 and 2018.

Interestingly, the US has fallen off the top spot of most desirable countries for the first time, being overtaken by Canada (up from 3rd in 2018) and with Australia in 3rd (up from 7th in 2014 and 4th in 2018). Two further Asia-Pacific countries that have won praise for their public health response—Singapore (8th) and New Zealand (10th) — appear in the top ten for the first time.

In addition, attitudes toward some of the world’s most famous cities have changed, with New York suffering a significant drop of six places, from 2nd in 2018, to 8th in 2020. Likewise, Rome (25th) and Madrid (32nd) are now considered less attractive as work destinations than they were in 2018, falling 6 places and 21 places respectively. Tokyo (6th) increased in attractiveness, while Abu Dhabi (5th) and Singapore (7th) are new into the top ten in 2021.

Who wants to work in London?

The UK capital proved to be most popular for workers from a number of different types of countries: those with historic and language links such as South Africa and Nigeria, those with strong historic working links including Portugal and Romania, and also economic powerhouses such as China. Additionally, despite Brexit, London remains the second most popular city for European workers, behind Berlin.

The study also claims that London appeals most to those around the world that are highly educated and working in digital or professional roles. When it comes to sector specific preferences, the workers that most favour London include those working in the Legal (21 percent), Insurance (21 percent), Finance (20 percent), Media (20 percent) and Health and Social Care sectors (18 percent).

A new kind of mobility

In light of the global health crisis, travel restrictions and uncertain economic conditions worldwide, willingness to move abroad has decreased overall, with roughly 50 percent of people open to move to another country for work, down from 64 percent in 2014 and 57 percent in 2018. Notably, young workers (64 percent), those who are highly educated (63 percent) and those in the Legal (73 percent), IT & Technology (66 percent) and Science & Research (60 percent) industries are the most willing to work abroad. Those least willing to work abroad include those working in Social Care (31 percent), Sales (42 percent) and Health & Medicine (44 percent).

While there is less appetite now to move to another country, the majority of workers globally (57 percent) would be open to stay in their home country while working for an employer based abroad. The same percentage of Brits say they are willing to do this. For workers from around the globe, companies based in the UK were ranked the 5th most popular for remote employment from abroad, while companies in the US take the top spot to work for remotely.

Perhaps unsurprisingly, openness to virtual work is especially high among people working in tech, with 71 percent of people with digital or analytics backgrounds saying they would be willing to work for a company with no physical presence in their own country, and two thirds of those with IT and technology backgrounds.

Jon Wilson, CEO of Totaljobs said: “London’s enduring popularity as a destination for work is great news for the UK. It’s encouraging to see that British employers can continue to attract the best talent from the global workforce, in part due to London’s long-standing reputation as a multi-cultural hub for international trade and its strong employment offering. This said, there’s still work to do in remedying labour shortages in key industries which are less conducive to remote working, particularly social care, logistics, and hospitality.”

“However, the rise and normalisation of global remote working will help to expand the available talent pool, which looks set to benefit employers, governments and workers alike. Those employers looking to make the most of virtual mobility opportunities should consider how their business can stem skills shortages by opening up new talent pools, which in turn will bring additional advantages, such as reduced relocation and payroll costs, and improved diversity. There’s also an upside for workers, who’ll be able to advance their careers more easily without having to uproot their lives and their families.”

Nick South, Managing Director & Partner at BCG said: “The long-term impact of Covid on the way we work has raised important questions about the future of cities. Our research shows that, while people are looking for more flexibility in how they work, a city like London still has huge, global appeal – for the dynamism, diversity and career opportunities. At the same time as designing future working models that tap into new talent pools, leaders need to recognise the magnetic power that cities like London have, and re-create and harness the buzz and energy that draws people to them. It is fantastic to see that London’s global brand is particularly attractive for younger, skilled workers, and that the appeal for those in legal, financial and media sectors remains so strong.”