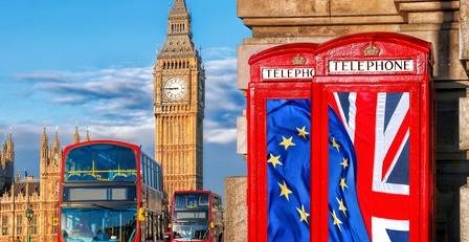 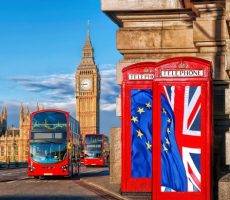 London’s property sector has been resilient following the EU referendum, with commercial property rents remaining strong over the summer, though over the next few months the overall direction of the market is likely to become clearer. This is according to the latest CBI/CBRE London Business Survey, which has found that businesses want the city’s mayor to play a leading role in influencing Brexit negotiations, particularly in driving improvements to the city’s transport infrastructure. Two thirds (67 percent) wish to see upgrades to the existing London Underground network, whilst over a half (55 percent) want a commitment from City Hall to start building Crossrail 2 and one third (31 percent) hope for greater investment in the capital’s road network. Unsurprisingly, uncertainty over the UK’s role in the EU is the most significant cause for concern (75 percent of firms), followed by retaining the best people for the job (49 percent) and a lack of appropriately skilled staff (44 percent).

Among the businesses in the capital surveyed, investment and hiring intentions remain resilient however, as over two fifths (41 percent) of firms said they plan to maintain their investment plans, and half (50 percent) plan to continue to hire, after the Referendum.

Turning to the skills gap, there is a sense of concern amongst the capital’s employers about the level of skills in the workforce. Nearly half of firms (46 percent) lack staff with necessary higher-level skills – including digital (33 percent), engineering (22 percent) and financial (12 percent) – and over two fifths (42 percent) aren’t confident of finding sufficiently skilled people for their business. Close to two thirds (56 percent) of companies will retrain staff over the next five years.

Graduates and school leavers are viewed as performing well in the workplace, with two thirds of firms saying they performed well at team working (65 percent), IT (65 percent) and problem solving and creative thinking (60 percent).

With close to three quarters (69 percent) of businesses saying high housing costs are impacting their ability to recruit and retain skilled staff, delivering affordable housing tops the list (54 percent) of London firms’ priorities for Mayor Sadiq Khan. The next biggest priority for almost the same number of firms (53 percent) is that the Mayor plays a key role in influencing the UK’s negotiations with the EU, as it navigates exiting the bloc.

Over four fifths (81 percent) of the businesses surveyed feel less optimistic about the economy for the next six months, compared with the previous six months. Only 4 percent of firms feel more optimistic, whilst 8 percent feel the same way about their own business prospects for the next half year.

Lucy Haynes, CBI London Director, said: “As the implications of Brexit continue to be digested by London’s firms, it’s clear they want to see the Mayor given a seat at the table in the UK’s negotiations to leave the EU. His influence will be critical in ensuring the capital’s companies have the best environment in which to grow, create jobs and boost prosperity throughout the city. And let’s not forget that a thriving London has the knock-on effect of driving prosperity around the country.

“Another key piece of that puzzle is having the right skills in place. With close to half of firms concerned about their employees’ skills – particularly digital and engineering skills – business and the Government must continue to work together to equip those entering work with the hard and soft skills needed to be successful.

“Infrastructure also weighs heavily on London’s businesses minds. The Mayor must deliver sorely needed upgrades on the Tube network, and press ahead with getting shovels in the ground on Crossrail 2.

“A commitment to improving skills, housing and transport will enable the city to attract and retain a talented workforce, and continue to compete with the cream of the crop of the world’s greatest cities.”

Adam J. Hetherington, Managing Director – London, CBRE UK, said: “The challenge facing London and the UK as a whole is not to be underestimated, but in the weeks since the referendum, a sense of renewed positivity and confidence has emerged, with the capital reinforcing its position at the global top table.”