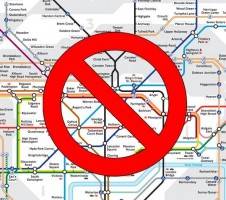 London’s Financial Times reported this morning, “The worst London Underground strike in more than a decade saw millions of Londoners struggle to get to work”. It is chaos, here in the UK capital – the top global city in PwC’s Cities of Opportunity ranking. It is a sorry state of affairs, as in a scene reminiscent of 1970s union-crippled Britain, the “workers” representatives couldn’t agree with “the management”. “Workers” and “management”…we thought we had overcome that particular divide in business and society, didn’t we? But, some people have a vested interest in keeping it very much alive. In the large, industrialized, unionized industries such as transport, it lives on. Only last year, UNITE union leader Len McCluskey addressed his supporters in Liverpool as “sisters and brothers” like some mid-20th century socialist (which, of course, he is).

This, despite UNITE’s website claiming “Unite is the union for the 21st century meeting the great challenges facing working people in the 21st century”. Oh, we laughed…or would, if it was at all funny. Which, if you were in the queues forming as early as 06.30 this morning, would be far from humorous.

Of course, as we all know, one of the “great challenges facing working people in the 21st century” is their journey to and from “work” – their commute. Unless they happen to be working for an organisation which has embraced agile working. Those agile workers – employees, freelancers, consultants and service providers – are smiling ever so slightly smugly today in and around London.

I was only explaining to my eldest daughter, 16, at the weekend, how very many ways we have to communicate (and even meet ‘virtually’) today. Many at no cost, or very little cost – certainly in comparison to the rising cost (and pollution) of travel. When I was her age, we had to either travel to meet, or use the telephone. Even mobile phones were large, heavy and very expensive. Only 1980’s “yuppies” had “mobile” phones – remember these eight technologies in the 80s

I don’t know what you use, but I have a smartphone, email, LinkedIn messaging, Twitter DM, skype (for video calls), BlueJeans and GoToMeeting for sharing presentation slides and other materials. I don’t really need to go anywhere. I do, because I like meeting people…but mostly, I don’t have to do that.

So, “sisters and brothers” (whether “worker” or “management” – all together now), lets all spread the word that agile working is the answer to this daily commuting hell. And it is sensible corporate mitigation of the risk of various (and regular) disruptions, whether transport-related, security threats, inclement weather, or whatever.

Every “worker” should, if their job allows, have the opportunity to ‘go agile’ as and when their normal daily routine is disrupted. But, organizations need to plan for this, and give their people the tools to ‘go agile’.

You can’t suddenly ‘go agile’ at 06.30 whilst standing in the queue for the Underground….

Paul Carder is a Doctoral Researcher & Tutor  at UWE Bristol and is also the Publisher of Work&Place. paul.carder@occupiersjournal.com

Many employers discourage home working, unless it is out of hours UK property industry ‘lags-behind’ customer service revolution says BCO