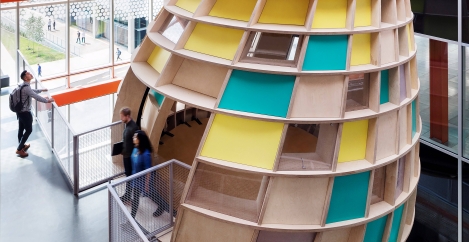 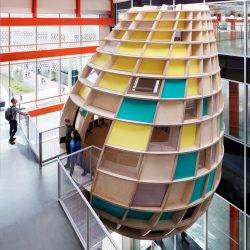 Five businesses celebrated success last night, with Bloomberg, White Collar Factory, Havas UK, Here East and 10 Lower James Street all recognised as some of the best workplaces in London at the British Council for Offices’ (BCO) regional awards. The BCO’s awards programme claims to recognise the highest quality workplaces and sets the standard for excellence across the regional and national office sectors.

Bloomberg’s London office at 3 Queen Victoria Street was recipient of the Best Corporate Workplace award. The judges were struck by the extent to which the new open plan workspace, situated between St Paul’s Cathedral and the Bank of England, reflects the business’ corporate values of collaboration and teamwork. Each desk includes a button that allows it to be raised or lowered according to the preference of the worker at that station, also demonstrating Bloomberg’s focus on its people. Sustainable features such as the deep plan natural ventilation system, made possible by the facade design and integrated bronze cooling panels on the ceilings, have helped 3 Queen Victoria Street achieve a BREEAM outstanding rating with the highest score of any building to date.

In the Best Commercial Workplace category, the White Collar Factory was praised by the judges for having challenged the very concept of the workplace. Boasting a roof top running track and a café bar, White Collar Factory is seen to deliver a unique combination of services that the judges felt was clear evidence of Derwent London’s innovative approach to how the building delivers for its occupiers. The judges also noted the positive impact the development has had on the local environment – describing it as ‘instrumental’ in re-defining Old Street as a location for business

The judges were impressed with the impact of HAVAS UK’s relocation of their headquarters in the Best Fit Out of a Workplace category, noting that the execution of the project delivered a unique workplace fit out for each of Havas’ individual brands, while creating a sense of tangible connectivity across the office building. This has been aided by the high standard of furniture and finish across the office’s amenity spaces such as the café, auditorium and reception area. An open, staggered staircase was included to foster a sense of community by creating extra meeting points for employees between floors.

In the Best Refurbished / Recycled Workplace category, the BCO judges felt that Here East’s creative campus provided an exceptional solution to what they described as a particularly non-traditional starting point. The project’s approach to the mix of functions, from both co-working and business space incubators to a data centre, television studios, and university space, was described by the judges as a model for future projects. The project delivered valuable lessons in how to create an environment where business, education and research can combine for mutual benefit.

10 Lower James Street, the winner of Best Project up to 1,500m2, was praised by the judges as a clever refurbishment of a tight landlocked site in Soho. A cross laminated timber roof extension has opened the upper floor, creating an impressive double height office extension with a mezzanine, which the judges noted has added real value to the office development. 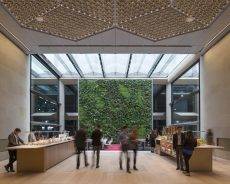 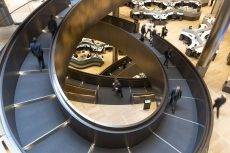 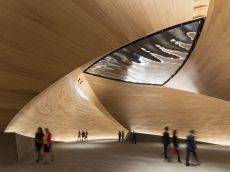 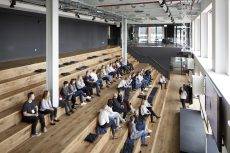 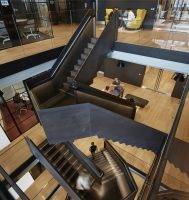 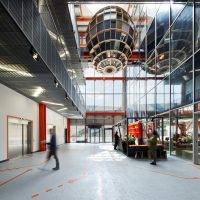 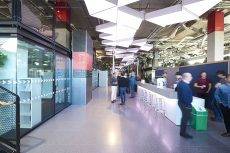 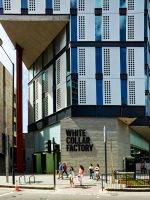 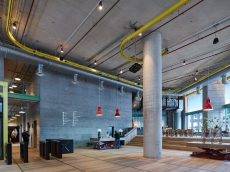 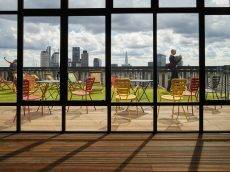