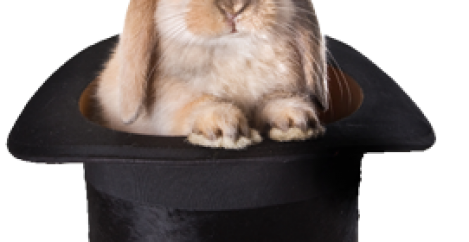 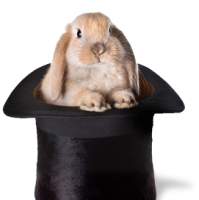 You can believe in the magical and mystical if you like, but Derren Brown is a creature of the Enlightenment and has no truck with any of that. He’s got psychology and science on his side. The magic is in our own heads. It’s not just Derren Brown who has used the findings of psychologists to find ways to control people. Many of our current beliefs and the very workings of our society are based on this sort of manipulation. You can also see its workings in the way we think we think we can use workplace design to influence the feelings and behaviour of others.

So it’s telling that the growth of consumerism in the middle of the twentieth century – especially after the War when we first began to move from a needs based economy to one fuelled by desire – was driven by the ideas of the nephew of Sigmund Freud. 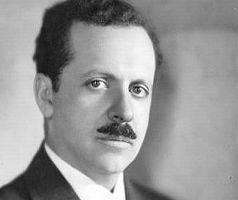 Edward Bernays (right) became the ‘father of PR’ by first popularising his uncle’s theories in the US then by taking Freud’s ideas and applying them to mould the subconscious desires of the American masses. He did this not just in the name of commerce but also that of politics because he believed that society was becoming increasingly irrational, immoral and dangerous.

How the father of psychoanalysis begat the father of PR is evident from Bernays’ own writings. In his 1928 book Propaganda he wrote: “if we understand the mechanism and motives of the group mind, is it not possible to control and regiment the masses according to our will without their knowing about it? The recent practice of propaganda has proved that it is possible, at least up to a certain point and within certain limits.”

As soon as somebody discovers something about how people function, somebody else will take that knowledge and attempt to use it as a way of modifying somebody else’s thoughts and actions, not least while they’re at work

The reference to propaganda is telling. It’s a dirty word nowadays, largely because of its association with the era of fascism and communism, but at the time Bernays wrote his book propaganda was still enjoying its heyday while sewing the seeds of our modern preoccupation with manipulation, media, the message and marketing. Bernays’ statement was very much of its time but still resonates today.

The outstanding documentary maker Adam Curtis made the manipulation of opinion based on this kind of thinking the theme of his amazing, eye-opening series The Century of the Self which was first aired in 2002. (The series is now available online on youtube.)

As well as describing the work of Bernays and his contemporaries, Curtis’ series brings the ideas described in this pre- and post-war world up to date and extends it to the actions of contemporary politicians, especially with regard to New Labour and its attempted, sometimes successful, sometimes cack-handed manipulation of opinion and thought. It is easy to extrapolate these ideas to the current era of toxic politics that make the practitioners at the turn of the century look like amateurs.

What this demonstrates is that as soon as somebody describes a theory or discovers something about how people function, somebody else will take that knowledge and attempt to use it as a way of modifying somebody else’s thoughts and actions, not least while they’re at work.

Much of the thinking about the way we design workplaces is still based on need rather than desire, the exact opposite of what we expect when designing our homes

A good example of this can be seen in the modish application of psychogeography to a wide variety of new areas. Psychogeography, as defined by one of its founders Guy Debord is “the study of the precise effects of geographical setting, consciously managed or not, acting directly on the mood and behaviour of the individual” and started life as an offshoot of Situationist thinking in Paris in the 1950s. So while it may have originally been about the manipulation of the aesthetic and political, the idea has now been bastardised and reinvented by our post-modern sensibilities to mean whatever the hell anybody likes.

Talk of psychogeography, while at best nebulous, at worst meaningless, still has a particularly appeal given our ongoing fixation with the relationship between people and place and how we use workplace design to bring them together in better ways. Which explains why the use of the physical environment to either manipulate people or enhance their wellbeing and moods depending on your point of view is a recurrent theme in both the domestic and commercial design press.

I can see two problems with the way this material is presented. The first is that there is often too much emphasis placed on cause and effect. We are sometimes told, for example, that a particular shade of blue will give an air of tranquility to a room or make people more productive. Well it might, but only if the other numerous and interdependent factors that make people feel calm and productive are also sorted.

As well as their relationships with their work and their colleagues, these will also include some factors beyond the control of the employer; the person’s home life, what they had for breakfast, whether they like blue and that git who carved them up on the A57 on the way in. There is a clear limit to the impact that a factor such as the colour of your office can have in isolation.

The second is that much of the thinking about the way we design workplaces is still based on need rather than desire, the exact opposite of what we expect when designing our homes. Office design and management is still about rationality and practicality rather than the subconscious desire for stuff we just plain want that characterises the ideas of Edward Bernays and the modern consumerism he helped to create.