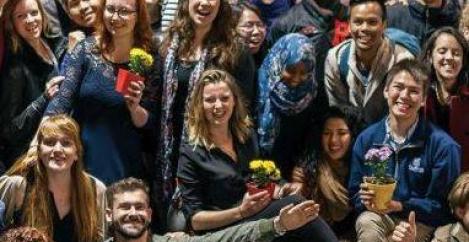 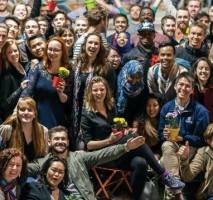 The acid test for any survey of the attitudes and experiences of Millennials is whether you could replace its findings with those for another generation and come up with broadly the same results. The answer is very often ‘yes’, which can generally be explained by pointing out that, contrary to what you may have heard, Millennials are people too and not the Midwich Cuckoos. So, here we have a survey from an organisation called YouthfulCities which claims that Millennials living in the world’s major cities are concerned about the high cost of housing, employment opportunities, inadequate infrastructure, crime and their personal happiness. Just like everybody else then. Except that the conclusion the survey draws is that cities need to become more ‘youthful’. Presumably in exactly the same way that office occupiers are routinely told that they need to create youthful workplaces, which is not only patronising to Millennials but also ignores the fact they’re not the only people there.

To be fair, the Urban Millennial Survey, now in its third year, does appear to apply a decent methodology albeit with a broad age cluster, based on the views of 15,000 15-34 year olds in 34 cities worldwide. There are nuggets of interesting information throughout and we should expect subtle differences in some attitudes within a particular demographic. Yet the key finding from the study is that 58 percent of respondents plan to vacate their current city for somewhere else within ten years. This is in line with other reports such as one published by RICS earlier this year which cites the same issues of cost and lifestyle as the things driving people to find somewhere else to live and work. 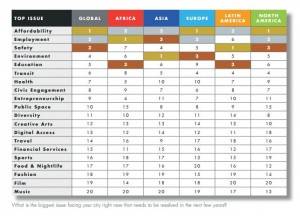 The point at which the survey becomes unstuck is in its conclusion that the solution is for cities to become more ‘youthful’. It sets out a number of factors about city life and asks respondents to rate them according to the importance they attach to them. Consistently across the globe it found that respondents are concerned about living costs, job opportunities, education, safety, transport, health and the environment. They are least concerned about music, film and nightlife. It is some leap from this list to conclude that what is needed is somewhere more ‘youthful’, when the only possible conclusion is that cities need simply to be better at addressing what are concerns for people of all ages.

This is the same trap we see opening up when we talk about office design. The obsession with Millennials and their needs not only encourages us to ignore the fact that those needs are often universal but also to come to the disconnected, patronising and misguided idea that we need to create a more youthful environment. This too often manifests itself as juvenilia, in the case of the study from YouthfulCities with the fact that one of the ten accolades it bestows is the Skateboarding City Award which went to Addis Ababa. Perhaps more disconcertingly, it names Boris Johnson as the world’s Most Youthful Mayor, presumably based on his carefully crafted man-child public persona.