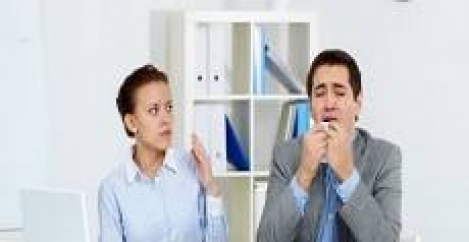 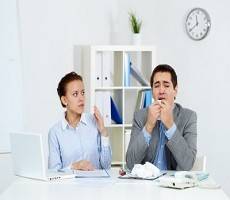 Debates around presenteeism tend to revolve around staff checking their emails while on holiday, but another potentially more destructive behaviour is that of the worker who reckons they’re so indispensable they insist on coming into the workplace when they’re ill. In a recent survey, 89 percent of workers said they had gone into work when they were not well, which is why it is hardly surprising that almost three quarters (71 percent) of employees have reported catching an illness from a sick colleague. According to the research by Canada Life, almost a third (32 percent) said their workload was too great for them to take time off for illness, and 80 percent would not take time off for stress-related illnesses. Employees were also worried about being perceived as lazy (13 percent), inconsiderate (10 percent) and weak (10 percent) if they took time off for a short-term illness.

Nearly a quarter, (21 percent) worried about the financial implications of calling in sick and 13 percent did not feel secure enough in their job to take time off.

“At a time when recruitment and retention is increasingly crucial, ensuring employees feel valued and secure is a vital element to this.

“Employers should have a clear sickness absence system in place to assure employees they will not be penalised or face any recrimination for taking time off when they are genuinely unwell.”