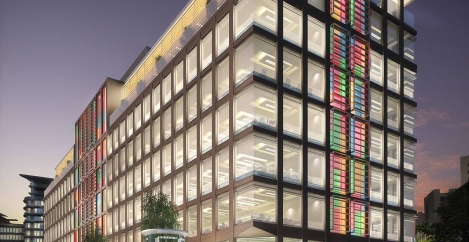 Manchester set to run out of Grade A office space this year, claims report 0 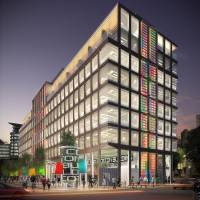 Manchester could completely run out of ready to occupy, Grade A office space this year, according to a new report from Colliers International. The snapshot of the commercial property market in the city claims that take-up of space in Manchester during 2015 was over a third (37.5 percent) above a ten year average and the rate of occupation by both UK and overseas firms was double that of the previous three years. As a consequence, the local property market is currently unable to keep pace with demand and the availability of Grade A space declined by 61 percent during the year to reach its lowest level since 2006. There is now just 216,000sq ft of Grade A stock available to let in Central Manchester, with major new developments in the key Spinningfields district (above) and elsewhere not expected to complete until later this year and into 2018.  Even some of these spaces are already let, according to the study.

The report suggests that the growth of smaller local firms and the ‘northshoring’ of professional services and legal firms  are two of the key factors driving the shortfall.

Peter Gallagher, director, national offices at the Manchester office of Colliers International, said: “Whenever I have been asked to comment on new Grade A office space at almost any time in the past 25 years I have been able to talk about the choice of available supply, and having that ‘ready to walk into’ stock to accommodate footloose in-movers has been central to the city’s offer and appeal. Today it’s a wholly different story – given the current level of Grade A office take-up and the expected completion of lease transactions presently under offer, the Manchester office market is likely to experience an unprecedented complete absence of ready to occupy supply of best quality Grade A space by the middle of 2016.

“Even though the amount of consented developments is sizeable, the lack of readiness and availability of funding for a speculative start on construction is likely to delay or disrupt the early delivery of a number of schemes to the market and even those ready to start will not add to supply until at least 2019. We further expect that the majority of Grade A stock currently in-build will also be let well before practical completion, leading to the growth of a well-established pre-let office market in Manchester. People are just going to have to get better at anticipating their space needs a lot earlier.”