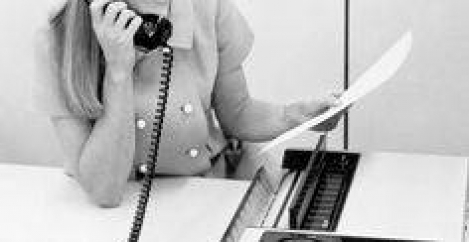 Many EU workers clinging to their fax machines and desktops, claims report 0 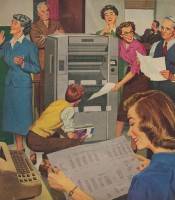 If you think the way people work is probably not quite as glossily portrayed in the media, then you’d probably be right. A lot more European workers than is commonly supposed still believe that fax machines are essential business tools, according to a new report from unified communications business Fuze. In a study of the working habits of 5,000 EU employees, it found that the fax machine is considered ‘essential’ by 30 percent of workers in the UK, 39 percent in Germany and 42 percent in France. The report also found that many also think that desktop computers are still more important in their day-to-day working lives that laptops, tablets or smartphones. Anybody horrified by the report’s findings will be heartened by its claim that the machines will die off in time as a new generation of people who don’t know what the hell a fax machine is supplant those who still cling to their battered, old, paper-based devices.

“It’s astonishing to see just how many businesses still rely on outdated technologies like fax machines. As the new generation of employees starts to enter the workforce, businesses need to understand that offering the latest communications technology is more than an IT issue, it’s a recruitment issue,” said Luca Lazzaron, Senior VP of International Operations at Fuze.

On the other hand, the younger ‘App Generation’ as Fuze calls it, will kill off such antediluvian attitudes. For the 2,500 15-18 year olds surveyed, smartphones and tablets are far more important than desktops, which ended up on the last, tenth place, on their list. Also, the office phone is not something they find important. Even pens, calculators and staplers are more important to them.

“According to our research, 85 percent of UK teens expect to use the very latest technologies at work,” he said. “Arriving at an office that asks them to learn how to use a fax machine could – quite rightly – make them look elsewhere. The Fax Generation has clearly given way to App Generation. Now all businesses and IT departments need to do is catch up.”