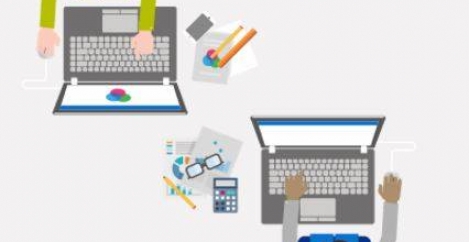 What do Millennials and Gen Z want from work? The same as everybody else 0 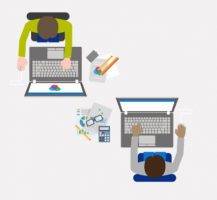 More evidence that younger people are in fact people after all emerges with the publication of a new report from Randstad and Future Workplace. The study of over 4,000 individuals worldwide claims that despite widespread belief, 41 percent of Generation Z employees believe that collaborative, corporate offices combined with a degree of autonomy and flexibility is their preferred way to work. They prefer bosses with strong communication skills, value face to face meetings, are irritated by distractions and believe they will probably have a career focussed oln one specific sector. As a follow-up to a previous study conducted in 2014, the Gen Z & Millennials Collide@Work report focuses on the impact of Gen Z entering the workplace for the first time and how Millennials are engaging with them. Both studies claim that Gen Z and Millennials continue to prefer communicating with co-workers and managers in-person in lieu of email and phone.

This year, Gen Z and Millennials both said “communication” was the most important quality of a leader, compared to “honesty” in 2014.

Additional findings from the survey include:

According to Dan Schawbel, Research Director at Future Workplace: “Despite the introduction and proliferation of new technologies at work, Millennials and Gen Z value the in-person communication that comes with a traditional corporate office much like older generations do. At the same time, they also seek flexible hours and telecommuting that two-thirds of companies still fail to offer. Companies that want to successfully recruit, retain and grow their young talent must look to corporate culture as their competitive advantage moving forward.”

Jim Link, Chief Human Resources Officer at Randstad North America said: “One of the most pervasive themes from this year’s global study is Gen Z’s propensity and desire for collaboration. Whether it is in a corporate office, at home or in a coffee shop, Gen Z workers prefer collaborative work environments. In fact, our study found that global Gen Z workers named ‘co-workers who like to collaborate’ as the type of worker who would help them do their best work, second only to co-workers who work as hard as they do. Furthermore, more than half (54 percent) of Gen Z’s said the people they work with is the top workplace attribute that enables them to do their best work. Companies seeking to be an employer of choice must leverage the collaborative revolution taking place and provide the technology, tools and processes that facilitate and encourage it.”

The Research findings are based on a survey conducted by Morar Consulting fielded across 10 global markets (US, UK, Germany, Mexico, Poland, Argentina, India, China, Canada and South Africa) between June 22 and July 11, 2016. For this survey, 4,066 respondents were asked about their preparation for work, as well as expectations and experiences of their workplaces. The study targeted two separate groups: Gen Z 22 year olds in full-time employment (1,965 surveys), and Millennial 23-34 year olds in full-time employment (2,101 surveys), in order to compare expectations with the reality of workplace experiences.