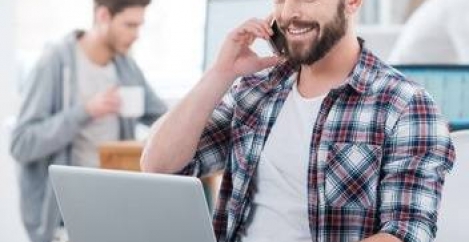 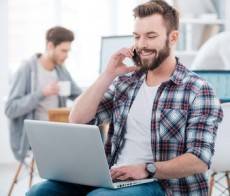 The portrait often drawn of Millennials is that of a generation which is keen to stand out from that of its elders, and which is difficult to pin down. They’re said to have difficulty accepting a hierarchical structure and no longer view their salary as the only motivating factor but instead are looking for a sense of accomplishment in their work. Yet as we reported recently, the behaviour and expectations of this younger generation has in fact stayed fairly constant. For them, the ideal company has attributes which are actually fairly similar to those cited by their more experienced colleagues. The result of the latest Edenred-Ipsos barometer into the under 30s suggests that for employers, the issue is not so much about dealing with this generation independently of the others, but rather globally rethinking leadership challenges in an environment which is increasingly digitalized, horizontal and multi-task oriented, taking into account individual countries’ cultural differences.

The eleventh edition of the Edenred-Ipsos barometer, conducted in 15 countries among14,400 employees, of whom 3,500 are under 30, shows that 26 percent of Millennials say their motivation at work is increasing over time and 57 percent of the under 30s feel that the ideal company is one which puts reward for effort above all else.

With 26 percent of Millennials stating that their motivation at work is increasing, versus 15 percent of employees aged over 30, Generation Y shows a greater commitment to work than its elders. Employees of this generation also have more confidence in their future careers within their company (26 percent “very confident”) than their elders (18 percent). However, contrary to popular belief, younger employees were also more motivated than their elders ten years ago (27 percent vs. 19 percent between the two generations).

Are Millennials so different when it comes to their relationship with management? Employees surveyed reveal that expectations are actually quite similar: honesty (same rate of 62 percent for the under and over 30s), fairness (61 percent for Millennials and 62 percent for other employees) and their capacity to respect undertakings (59 percent and 58 percent) are qualities they seek as a priority in their managers.

It should be noted that they also have a stronger feeling of being respected by management than the over 30s (35 percent vs. 28 percent).

But what do they expect from their employer? Like all employees, priorities are focused on the scale of the individual and their professional development. When asked about their ideal company, all primarily want it to acknowledge their commitment and allow them to develop. In fact, rewarding effort ranks first (57 percent of Millennials and 62 percent of employees over 30), followed by development opportunities (38 percent and 34 percent respectively). Working conditions are considered half as important as recognition of effort; the desire for a less hierarchical organization comes in last place.

For the under 30s, the main challenges facing companies are talent management (loyalty being cited by 32 percent of them, recruiting: 29 percent), attention paid to the human side (respect for a life balance: 28 percent, psychosocial risks: 27 percent) or change management (27 percent), these aspects being cited in similar proportions by their elders. However, special treatment for Millennials does not seem to be a priority for this generation: intergenerational management is cited in last place at 15 percent.

Another misconception brought into question: the importance given to private lives as a specificity of the youngest. The Millennials surveyed view the work-life balance as one of their main concerns (28 percent), in a similar proportion to their elders (29 percent), but place more emphasis on the challenges related to new technologies and “permanent connection”.

So overall, Millennials stand out little from their elders; a few significant differences by country can be noted but only on certain criteria. This is particularly true for expectations concerning the company. In Brazil, good working conditions are a key factor in choosing a company (40 percent among the under 30s and 32 percent among the over 30s), in contrast with China where flexibility is paramount (31 percent vs. 19 percent), and France where the emphasis is more on diversity (10 percent vs. 7 percent).

Although the differences are not always generational, they are however sometimes cultural, whatever the age group concerned. Disparities in trends in motivation at work speak for themselves: among French employees, for example, only 12 percent of Millennials believe that it is increasing over time (one of the lowest levels of the panel), vs. 19 percent in Germany and the United Kingdom, 26 percent in the United States, 30 percent in Brazil, 32 percent in China and 58 percent in India.

The real challenge: managing in a digital world

The early digital experience of Millennials has probably shaped their behaviour, but not to the extent that it radically differentiates them from their elders in terms of their relationship with work.

Development opportunities and the attention paid to employees remain the priority expectations of the under and over 30s. Similarly, talent management, attention paid to employees and change management are the leading challenges facing companies identified by employees for the coming years (regardless of age) – ahead of diversity, intergenerational relations and digitization which is no doubt already considered to be integrated in terms of tools.

More than a generational confrontation, the challenge primarily lies in the ability of companies to meet the expectations of their employees in an environment where digital technology plays an increasingly important part in daily life.