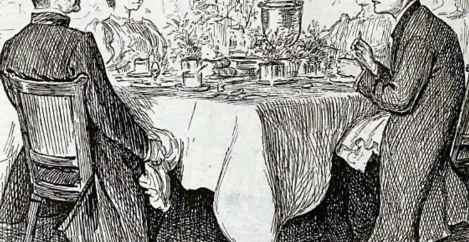 A mixed forecast for the accountancy profession: Brexit highs and digital lows 0 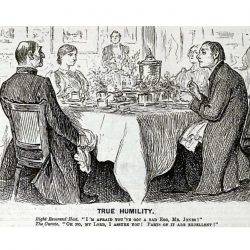 The accountancy profession is facing an uncertain future in the traditional sense. The question of automation is on everyone’s minds, as are the complexities of Brexit. On the one hand, news from the Association of Chartered Certified Accountants (ACCA) suggests accountants will be in high demand during the Brexit process, on the other, gloomy reports of job automation suggest accountants will be one of the professions hardest hit in Britain’s long-term future. The implications of Brexit are yet to be uncovered. Clearly, Brexit will be a complex process and businesses will undoubtedly require the strategic insight and rigour of the accountancy profession. We have accepted that exiting the EU will likely be a complicated drawn-out process. The effects on business will be bound up in complex trade deals, government policies and the ratification of EU laws affecting business in the UK.

Accountants have a valuable role to play in supporting businesses through the mire that is Brexit. The tax and financial implications of our withdrawal from the EU will eventually become clear and expert advice will be imperative for businesses to adjust, survive and most importantly grow.

While direct business taxes are imposed by UK law, and the majority of which should remain unchanged once the UK has exited the EU, at the moment tax rules also comply with EU laws. Post-Brexit, some EU directives will no longer apply to UK businesses. The ratification of EU legislature into UK law will happen, but with the Great Repeal Bill looming, the aftermath could see significant change according to the government of the day.

Currently, UK based businesses are regulated by UK authorities, but are able to provide a range of financial services anywhere in the EU, and in the wider European Economic Area (EEA). It’s known as financial passporting rights and it saves companies substantial costs. Brexit is likely to have a detrimental effect on those rights. Financial services are likely to suffer the most, but until the exit arrangement is known, the extent of potential damage to business is unknown. For accountants, they’ll be kept busy in an advisory capacity managing the Brexit financial passporting rights fiasco.

Digitalisation of accounts was due to reach the monolithic heights of the Tax Office, but plans by the Government to force millions of businesses and self-employed people to file multiple tax returns each year has been shelved. The controversial digital tax policy may have provided accountants with more work in the short-term, but in the longer term it represented a move towards automation, with information expected to be streamed directly from business bank accounts and digital accounting software. (See the CRM Software Award for 2017. )

Even so, accounting software in business has become easier and easier to use. Accounting software such as FreshBooks and QuickBooks are connected to the web and are making the tedious task of compiling financial reports obsolete with the downloading of digital information possible at the click of a keyboard switch. How long will it be before machine learning algorithms compile the company accounts and forecast for the future?

With the digital age comes the prospect of job automation. Jobs most at risk according to recent research published in The Times include real estate brokers, credit analysts, budget analysts, insurance underwriters, loan officers, postal service clerks, and accountants and auditors.

The future: a move away from traditional roles

As with any other business, accountancy firms will need to adapt to stay ahead of the game. London’s position on the financial world stage is still under the cloud of Brexit. Business optimism in London is being tested. On a positive note, Barclays has recently opened Europe’s biggest finance co-working space in London’s Shoreditch. Rise London is Barclays ongoing project to bring together the world’s brightest start-ups and experts to create the future of financial services. They at least have some faith. Others don’t carry the same optimism. According to a recent report in The Independent, money transfer company Transferwise, one of the biggest fintech firms in Europe, will move its European headquarters from London to mainland Europe by March 2019 in order to keep access to the single market after Brexit.

For most experienced London based accountants the future doesn’t look too bad. With the complexities of Brexit looming, there’s no doubt accountants will be kept busy for the foreseeable future. As for beyond, the best accountancy firms will adapt. There will always be a call for financial business advice. Accountants in London and countrywide are already geared up for helping businesses develop policies that will help them thrive in a globalised 21st century. Yes, there’ll be automation. The pen shuffling, paper pushing days are over. But out of the ashes as they say, the accountants’ business advisory buds will bloom.