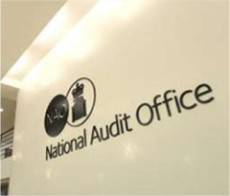 While it’s always wise to be wary of claims made by government departments, the National Audit Office has continued to display its ongoing love of the sterling work of the Efficiency and Reform Group set up by the Cabinet Office by confirming that the department’s claim that over £1 billion has been saved through better UK government purchasing practices  is perfectly true. The ERG said that savings had been achieved primarily by centralising spend on common goods and services and introducing policies requiring departments to purchase less stuff in the first place. Savings were noted across the board including in civil service departments, local government, the emergency services and National Health Service. As ever the NAO added a caveat to its endorsement. Amyas Morse, head of the NAO, said: ‘While ERG has undoubtedly achieved significant savings for the taxpayer, in future it could spell out more clearly the different types of savings that are included in its claims. Our report makes detailed recommendations which will help ERG to strengthen its assurance of savings claims in future.’