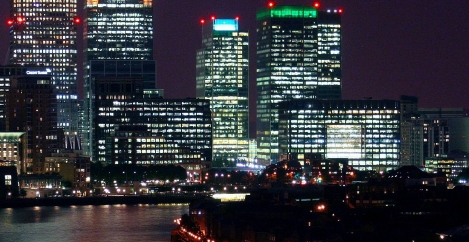 Nearly a quarter of London office take up is in financial sector, says CBRE 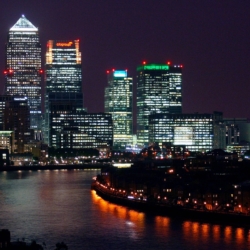 Despite political and economic uncertainly and the aftermath of the global monetary crisis in 2008, London remains a leading global financial centre, with nearly a quarter (24 percent) of the capital’s office take-up attributed to banking and finance occupiers over the last ten years. London is by far the most active banking centre in Europe, according to the latest research from global real estate advisor CBRE. According to the report, 1.1 million people were employed in the UK financial services sector in 2017, of which 34 percent were in London. The industry contributed £119bn to the national economy (7 percent of UK GDP) – half of this was generated by London, where it accounted for 14 percent of the city’s economic output. The trend will remain steady with the banking and financial sector accounting for 28 percent of active space requirements in Q3 2018. The report further identifies key challenges and opportunities facing London and other global financial hubs in the coming years.

One of the main challenges presented is the growth of the fintech industry. However, most view fintech as more of an opportunity than a threat, and according to a report by PwC, 82 percent of incumbents were seeking partnerships with fintech in 2017. Furthermore, only 16 percent of respondents of the survey didn’t think their customers were already interacting with the industry.

London has emerged as a leading centre for fintech, with 71 percent of the UK’s 788 high-growth firms based in the city. This compares with 441 high-growth firms for France and Germany combined, indicating its size within the European market. Furthermore, the sector is expected to grow by 30 percent in the UK to surpass 100,000 employees by 2030.

Other challenges include Brexit and regulation. The EU referendum result has generated uncertainty about London’s level of access to the EU market once the UK leaves, with potentially adverse effects on financial sector revenues and jobs. And whilst banks are planning in the event of a worst-case scenario, to date fewer jobs have been relocated from London than was initially feared as banks have been reluctant to make decisions on complex and costly moves for now.

In addition, major reforms to the regulatory oversight of financial services have been introduced since the financial crisis. In the UK, new regulation requires banks to separate their retail and investment banking businesses. In response, banks are using regulatory reforms to ‘nearshore’ jobs from London to cities like Birmingham and Glasgow.

At the same time, parts of the financial sector, including private equity and hedge funds, remain outside of this regulatory oversight and will be much less affected by both Brexit and regulatory changes. This accounts for a significant and growing sector in the London financial ecosystem, which will resultingly present itself as an opportunity for growth in non-regulated services in the UK capital.

Ben Mason, Director, CBRE commented: “London’s favourable regulatory framework, strong capital markets and tech talent continue to help it maintain its position as a leading global financial centre. However, there is no denying that the banking and finance industry is facing disruptors which will inevitably affect the way it operates. Banks have been slow to adopt flexible space, but we expect that they will become more prominent users as the structural shift towards more flexible real estate continues, and as office space is increasingly seen as a service.

“The impact of AI on real estate demand could also range from minimal to transformational. Estimates from the World Economic Forum suggest two jobs will be created for every job lost to AI, and banks are committing large parts of their budget to developing their technology capabilities, thus creating further demand for technology professionals.”

Smart spaces and the other top technology trends for 2019 Regus to sue WeWork; blinkers for office workers; and some other stuff you should know about