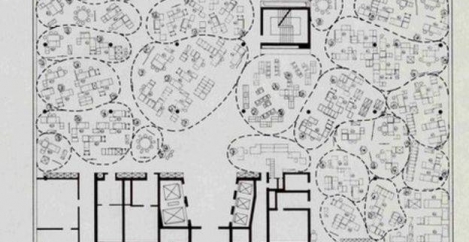 Smart spaces and the other top technology trends for 2019 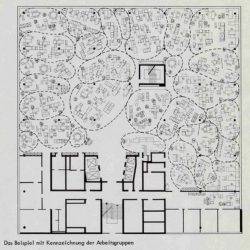 Technology researcher Gartner has highlighted the top strategic technology trends it believes organisations should be aware of in 2019. Gartner defines a strategic technology trend as one with ‘substantial disruptive potential that is beginning to break out of an emerging state into broader impact and use, or which are rapidly growing trends with a high degree of volatility reaching tipping points over the next five years’. One of the interesting points to note is the inclusion of the physical workplace yet again, as we highlighted in our recent feature on the trends shaping office design.

The top 10 strategic technology trends for 2019 are:

Autonomous things, such as robots, drones and autonomous vehicles, use AI to automate functions previously performed by humans. Their automation goes beyond the automation provided by rigid programming models and they exploit AI to deliver advanced behaviours that interact more naturally with their surroundings and with people.

“As autonomous things proliferate, we expect a shift from stand-alone intelligent things to a swarm of collaborative intelligent things, with multiple devices working together, either independently of people or with human input,” said David Cearley of Gartner. “For example, if a drone examined a large field and found that it was ready for harvesting, it could dispatch an “autonomous harvester.” Or in the delivery market, the most effective solution may be to use an autonomous vehicle to move packages to the target area. Robots and drones on board the vehicle could then ensure final delivery of the package.”

Augmented analytics focuses on a specific area of augmented intelligence, using machine learning (ML) to transform how analytics content is developed, consumed and shared. Augmented analytics capabilities will advance rapidly to mainstream adoption, as a key feature of data preparation, data management, modern analytics, business process management, process mining and data science platforms. Automated insights from augmented analytics will also be embedded in enterprise applications — for example, those of the HR, finance, sales, marketing, customer service, procurement and asset management departments — to optimise the decisions and actions of all employees within their context, not just those of analysts and data scientists. Augmented analytics automates the process of data preparation, insight generation and insight visualisation, eliminating the need for professional data scientists in many situations.

“Ultimately, highly advanced AI-powered development environments automating both functional and nonfunctional aspects of applications will give rise to a new age of the ‘citizen application developer’ where nonprofessionals will be able to use AI-driven tools to automatically generate new solutions. Tools that enable nonprofessionals to generate applications without coding are not new, but we expect that AI-powered systems will drive a new level of flexibility,” said Mr. Cearley.

A digital twin refers to the digital representation of a real-world entity or system. By 2020, Gartner estimates there will be more than 20 billion connected sensors and endpoints and digital twins will exist for potentially billions of things. Organisations will implement digital twins simply at first. They will evolve them over time, improving their ability to collect and visualise the right data, apply the right analytics and rules, and respond effectively to business objectives.

“One aspect of the digital twin evolution that moves beyond IoT will be enterprises implementing digital twins of their organisations (DTOs). A DTO is a dynamic software model that relies on operational or other data to understand how an organisation operationalises its business model, connects with its current state, deploys resources and responds to changes to deliver expected customer value,” said Mr. Cearley. “DTOs help drive efficiencies in business processes, as well as create more flexible, dynamic and responsive processes that can potentially react to changing conditions automatically.”

The edge refers to endpoint devices used by people or embedded in the world around us. Edge computing describes a computing topology in which information processing, and content collection and delivery, are placed closer to these endpoints. It tries to keep the traffic and processing local, with the goal being to reduce traffic and latency.

In the near term, edge is being driven by IoT and the need keep the processing close to the end rather than on a centralised cloud server. However, rather than create a new architecture, cloud computing and edge computing will evolve as complementary models with cloud services being managed as a centralised service executing, not only on centralised servers, but in distributed servers on-premises and on the edge devices themselves.

Over the next five years, specialised AI chips, along with greater processing power, storage and other advanced capabilities, will be added to a wider array of edge devices. The extreme heterogeneity of this embedded IoT world and the long life cycles of assets such as industrial systems will create significant management challenges. Longer term, as 5G matures, the expanding edge computing environment will have more robust communication back to centralised services. 5G provides lower latency, higher bandwidth, and (very importantly for edge) a dramatic increase in the number of nodes (edge endoints) per square km.

“Over time, we will shift from thinking about individual devices and fragmented user interface (UI) technologies to a multichannel and multimodal experience. The multimodal experience will connect people with the digital world across hundreds of edge devices that surround them, including traditional computing devices, wearables, automobiles, environmental sensors and consumer appliances,” said Mr. Cearley. “The multichannel experience will use all human senses as well as advanced computer senses (such as heat, humidity and radar) across these multimodal devices. This multiexperience environment will create an ambient experience in which the spaces that surround us define “the computer” rather than the individual devices. In effect, the environment is the computer.”

Blockchain, a type of distributed ledger, promises to reshape industries by enabling trust, providing transparency and reducing friction across business ecosystems potentially lowering costs, reducing transaction settlement times and improving cash flow. Today, trust is placed in banks, clearinghouses, governments and many other institutions as central authorities with the “single version of the truth” maintained securely in their databases. The centralised trust model adds delays and friction costs (commissions, fees and the time value of money) to transactions. Blockchain provides an alternative trust mode and removes the need for central authorities in arbitrating transactions.

”Current blockchain technologies and concepts are immature, poorly understood and unproven in mission-critical, at-scale business operations. This is particularly so with the complex elements that support more sophisticated scenarios,” said Mr. Cearley. “Despite the challenges, the significant potential for disruption means CIOs and IT leaders should begin evaluating blockchain, even if they don’t aggressively adopt the technologies in the next few years.”

Many blockchain initiatives today do not implement all of the attributes of blockchain — for example, a highly distributed database. These blockchain-inspired solutions are positioned as a means to achieve operational efficiency by automating business processes, or by digitising records. They have the potential to enhance sharing of information among known entities, as well as improving opportunities for tracking and tracing physical and digital assets. However, these approaches miss the value of true blockchain disruption and may increase vendor lock-in. Organisations choosing this option should understand the limitations and be prepared to move to complete blockchain solutions over time and that the same outcomes may be achieved with more efficient and tuned use of existing non-blockchain technologies.

A smart space is a physical or digital environment in which humans and technology-enabled systems interact in increasingly open, connected, coordinated and intelligent ecosystems. Multiple elements — including people, processes, services and things — come together in a smart space to create a more immersive, interactive and automated experience for a target set of people and industry scenarios.

“This trend has been coalescing for some time around elements such as smart cities, digital workplaces, smart homes and connected factories. We believe the market is entering a period of accelerated delivery of robust smart spaces with technology becoming an integral part of our daily lives, whether as employees, customers, consumers, community members or citizens,” said Mr. Cearley.

Digital ethics and privacy is a growing concern for individuals, organisations and governments. People are increasingly concerned about how their personal information is being used by organisations in both the public and private sector, and the backlash will only increase for organisations that are not proactively addressing these concerns.

“Any discussion on privacy must be grounded in the broader topic of digital ethics and the trust of your customers, constituents and employees. While privacy and security are foundational components in building trust, trust is actually about more than just these components,” said Mr. Cearley. “Trust is the acceptance of the truth of a statement without evidence or investigation. Ultimately an organisation’s position on privacy must be driven by its broader position on ethics and trust. Shifting from privacy to ethics moves the conversation beyond ‘are we compliant’ toward ‘are we doing the right thing.”

Quantum computing (QC) is a type of non-classical computing that operates on the quantum state of subatomic particles (for example, electrons and ions) that represent information as elements denoted as quantum bits (qubits). The parallel execution and exponential scaleability of quantum computers means they excel with problems too complex for a traditional approach or where a traditional algorithms would take too long to find a solution. Industries such as automotive, financial, insurance, pharmaceuticals, military and research organisations have the most to gain from the advancements in QC. In the pharmaceutical industry, for example, QC could be used to model molecular interactions at atomic levels to accelerate time to market for new cancer-treating drugs or QC could accelerate and more accurately predict the interaction of proteins leading to new pharmaceutical methodologies.

“CIOs and IT leaders should start planning for QC by increasing understanding and how it can apply to real-world business problems. Learn while the technology is still in the emerging state. Identify real-world problems where QC has potential and consider the possible impact on security,” said Mr. Cearley. “But don’t believe the hype that it will revolutionise things in the next few years. Most organisations should learn about and monitor QC through 2022 and perhaps exploit it from 2023 or 2025.”

Main image: Quickborner’s Burolandschaft scheme for the offices of Osram in Munich