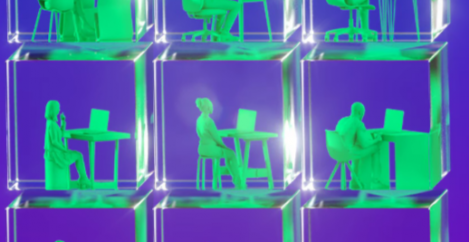 Nearly half of people feel disconnected from colleagues 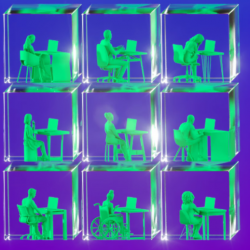 Around 42 percent of UK employees don’t feel a sense of connection to co-workers and a quarter say they don’t think they have one friend at work, according to a new poll from BetterUp [registration]. UK employees with a lower sense of belonging have an 80 per cent stronger intention to quit their jobs than those who feel comfortable at work, according to the survey. It also claims that the findings come as UK workplaces are struggling with new trends such as ‘quiet quitting’, whereby employees are setting boundaries when it comes to working late and working on projects that aren’t in their job description, as well as issues around recruitment and talent retention.

Over half (51 per cent) of the UK workforce don’t feel a sense of belonging in the workplace and want more connection than they currently get at work. One third of European workers believe that their employer must play a central role in facilitating this connection.

Employees who feel socially isolated or lonely feel less attached to their work, and their sense of belonging and dedication to the organisation suffers, especially when it comes to talent retention.

Almost half (49 per cent) of UK workers use social connection as a filter when job searching, however almost a quarter (24 per cent) say they don’t have even one friend at work.

This is having a real effect on British workers, with those who suffer from low belonging reporting 20 per cent more burnout, 19 per cent more team conflict, 14 per cent more stress and 13 per cent poorer work-life balance.

This feeling of isolation is ultimately impacting organisations negatively, as over three-quarters (76 per cent) of employees who have less friends at work will be job searching outside of the organisation. Losing valuable employees during the best economic times is costly, but there is a compounding, negative ripple effect for losing your remaining top performers in a downturn.

When it comes to attracting new talent, the report claims that organisations that are highly connected experience 32 per cent higher ratings on Glassdoor and are 25 per cent more likely to be recommended by an employee to their friends.

It goes on to suggest that teams with more socially connected workplaces are 52 per cent more able to generate new and useful solutions when faced with challenges, 38 per cent more likely to take calculated risks and 17 per cent less likely to experience conflict.

Urban design can make people less likely to use public spaces Hybrid work may be ‘here to stay’, but the office remains essential for many businesses