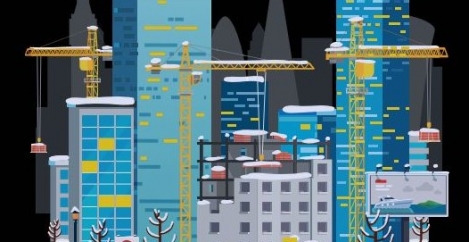 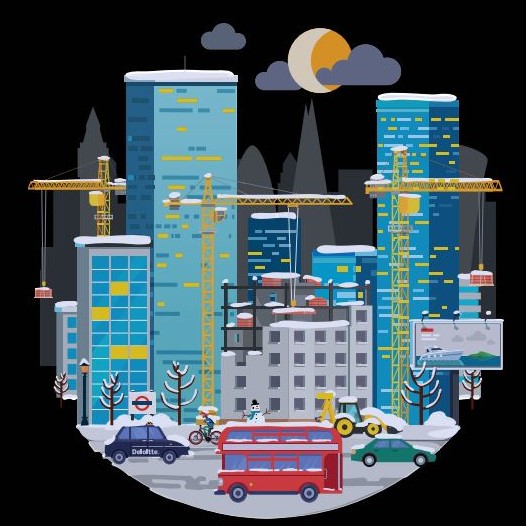 Although occupier demand remains high, the construction of new offices breaking ground in London over the last six months is down by nearly a half (49 percent) – the lowest level of new starts for five years, according to the London Office Crane Survey by Deloitte Real Estate. In the last six months, only 24 new schemes (1.8 million sq ft) commenced construction compared to 37 schemes (3.5 million sq ft) in the previous survey of London office building.

The total volume of office construction across central London is currently 11.9 million sq ft across 92 schemes. This is a 10 percent decline from the previous survey but remains above the long-term average of 10.6 million sq ft.

Mike Cracknell, director at Deloitte Real Estate, said: “The volume of new starts recorded in our latest London Crane Survey is almost 15 percent below the long-term average of 2.1 million sq ft. Today’s survey follows a three-year high of new construction starts, so these figures indicate a rebalancing of office development, rather than a worrying decline.”

The City of London continues to dominate construction activity with 5.3 million sq ft under construction, representing 45 percent of all central London activity. However, new development has slowed considerably with only four new schemes adding just 200,000 sq ft into the development pipeline. Cracknell added: “The City is notably quiet with only one new-build office and three refurbishments commencing construction. This is significantly down from 1.2 million sq ft across 11 schemes we reported in our last survey.”

Three million sq ft of new office space was brought to market in the last six months – up 44 percent from the previous survey. Cracknell said: “Occupier demand remains strong with 49 percent of space currently under construction already let. Occupiers are launching their searches for Grade A office space well ahead of lease expiries given the scarcity of readily available space.”

The technology, media and communications (TMT) sector has further increased its proportion of pre-let space, from 35 percent to 43 percent, with TMT occupiers signing deals outside of London’s traditional tech-hubs into areas including the City and Canary Wharf.

Cracknell continued: “Developers and landlords are less optimistic about future leasing demand than they were six months ago. When surveyed, only 18 percent expected occupiers’ appetite for pre-lets to improve. Developer and investor sentiment for speculative building is definitely softening as pre-letting is fast becoming the prerequisite for starting construction.

“This crane survey suggests developers are taking ‘time out’ but, looking ahead, central London still has three million sq ft of proposed office space in demolition, which indicates the next survey could see an uptick in new starts, albeit modest.”