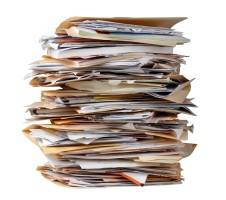 A new report from the Think Tank Policy Exchange is claiming that UK Government departments should look to stop using paper by moving from process that are ‘digital-by-default to digital, full stop’ by the year 2020.  The report, Smaller, Better, Faster, Stronger: Remaking government for the digital age, claims that the move would make the UK public sector 8 percent more effective and save £24 billion a year by eliminating the paper used by Government departments to communicate and switching to digital processes for all services that don’t require face-to-face interaction with suppliers and members of the public.

The report claims that the Crown Prosecution Service prints one million sheets of paper a day and two articulated lorries of paper arrive at the Driving and Vehicle Licensing Agency each day.

The European Commission has already set a deadline for all public sector organisations across the EU to carry out procurement electronically by 2016, but the new report urges Government departments in the UK to go a few steps further. One of the most important calls made by the Policy Exchange report is for all purchasing to take place using e-procurement supported by a new generation of apps, although it concedes that this would entail public sector employees learning a whole new set of skills, claiming: “As is so often the case, the toughest challenges ahead are around people, leadership and organisational change. By 2020 government needs to have developed more outstanding leaders who can drive digital into the DNA of public sector organisations.”

This need is acknowledged by the public sector staff surveyed for the report. Only around a half believe that bosses understand what technology is required for people to do their job well and a third thought the technology they used at work was not as good as the technology they had bought themselves for their home use.