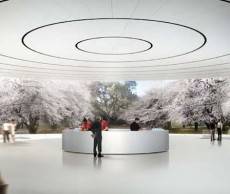 The newly published Workplace Transformation Survey from property consultancy  Cushman and Wakefield begins with the now routine statement that “there is no doubt the corporate workplace is rapidly transforming”. So tell us something we don’t know – and in the subsequent report they pretty much do. That said, the methodology of the survey does skew the results by focussing on a particular part of the workplace elephant, because the report was compiled in conjunction with CoreNet Global, based on a questionnaire of over 500 occupiers and other participants from around the world taking part in events in Los Angeles, Amsterdam and Shanghai. So inevitably the results are weighted to at least some degree in favour of those with an interest in commercial property and the regions from which it draws its data.

Nevertheless, as purveyors of one of the few comparatively fixed elements of the modern workplace, corporate real estate investors and managers have – or should have – a genuine interest in finding the best ways of working out how best to manage the balance between the relatively inert building itself and its more volatile elements such as people and technology.

Even so, some of the results look a bit in need of either further investigation or a pinch of seasoning. For example can it really be true that across the three regions surveyed, nearly two thirds of respondents claim that their organisations are either in the process of implementing a workplace change programme (35-40 percent) or planning to implement one (25-27 percent). It would be heartening to think it is true, but my instinct is that this is a high proportion.

But not as suspiciously high as the numbers claiming that their programmes of workplace change are successful. In North America over 80 percent claim that their programmes are either highly effective or effective, while all (literally 100 percent) of the respondents in the EMEA region claim the same. This marks a huge discrepancy with respondents from the Asia-Pacific  (APAC) region where only a fifth (22 percent) claim that their workplace change programmes are effective and another 30 per cent think they can’t yet say one way or another. From this we can deduce that the results of the survey in this regard are questionable, that  or that respondents in Australia, New Zealand and South-East Asia are either not good enough at what they do, more realistic or unduly modest. English cricket fans would not necessarily associate this latter quality with the Australians crowing in the wake of their team’s demolition of England in the current Ashes series.

Interestingly the survey also reports on how such success was measured.  Employee satisfaction ranks the highest, with 17 percent of respondents identifying it as a measure of success. Cost savings ranked second with 15 percent, followed by the amount of square feet allocated per person at 13 percent.

Respondents were also given a list of the twelve factors widely seen as driving workplace change and were asked to identify the top three drivers of change within their own organisations. Cost factors, while significant, were not seen as the most influential drivers of change. Despite ranking reducing real estate costs as the highest individual driver of change, with 17.6 percent of respondents identifying it as a factor, the next five most influential factors related to either strategic or human resource related objectives. Only 27.5 percent of respondents cited cost control factors (i.e., reducing real estate costs, lower churn, etc.) as being primary drivers, with organizational goals such as increasing communication and collaboration, generating high levels of creativity, and improving agility and customer responsiveness being cited by 37 percent of respondents.