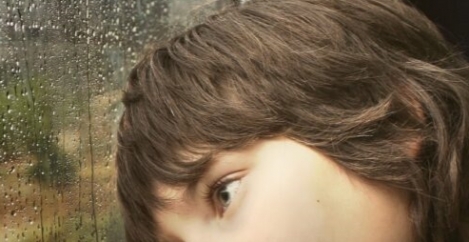 Not busy-ness as usual: how boredom may be one of the keys to creativity 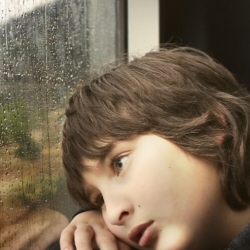 The modern world seems geared to help us avoid boredom. But there’s a problem. Artists have long recognised that boredom can drive creativity. The great Italian writer-philosopher Giacomo Leopardi described boredom as “the most sublime of all human emotions because it expresses the fact that the human spirit, in a certain sense, is greater than the entire universe. Boredom is an expression of a profound despair at not finding anything that can satisfy the soul’s boundless needs.”

More recently Neil Gaiman said that “you have to let yourself get so bored that your mind has nothing better to do than tell itself a story.” Booker Prize winner Anne Enright, describing her own process in an interview with The Guardian, said: “boredom is a productive state so long as you don’t let it go sour on you… I wait for boredom to kick in because boredom, for me, is a very good sign.”

The sculptor Anish Kapoor claims on his own website that he’s “learned over the years… that it’s precisely in those moments when I don’t know what to do, boredom drives one to try.”

It’s a topic we had plenty of time to ponder during recent lockdowns. It’s even sparked a flurry of research into the links between boredom and creativity according to a recent feature in The Washington Post, as it gave researchers an unmissable opportunity to study the effects of isolation and ennui on a previously over-stimulated population.

There is even a Boredom Lab at the University of York in Canada, led by psychologist John Eastwood who has co-written a book called The Psychology of Boredom.

Even so, a body of research linking boredom with creativity was already evident before the pandemic. One of the leading researchers on the subject has been Sandi Mann of the University of Central Lancashire, the author of The Science of Boredom and co-author of a series of studies looking into the possible link.

In one of her studies, participants were asked to carry out a series of boring tasks such as copying out the contents of a phone book, then devising uses for a pair of polystyrene cups. The researchers concluded from the results that people who were bored came up with more and better ideas than a control group of non-bored participants.

“The findings have implications for the way that boredom is viewed both by society at large and by communities such as within the work or education spheres,” the authors conclude. “Until recently, boredom has been viewed as a negative emotion with only negative outcomes, but the current study adds weight to the evidence that suggests that boredom can sometimes be a force for good. This means that it might be a worthwhile enterprise to allow or even embrace boredom in work, education and leisure. On an individual basis, if one is trying to solve a problem or come up with creative solutions, the findings from the current study suggest that undertaking a boring task (especially a reading task) might help with coming up with a more creative outcome.”

The idea that we might lean into boredom rather than avoid it goes against many of the forces of modern life. We all now carry around with us devices that can alleviate boredom at the brush of a fingertip. There’s nothing wrong with trying to avoid boredom or use a smartphone, but maybe we should also acknowledge the ways in which we might lose ourselves and let ideas come unbidden.

We don’t even have to be bored particularly to tap into the creative potential of a wandering mind. We already know that ideas can spring up when we are doing something other than thinking consciously. It’s an idea well established in the literature and touched on here.

The modern world and its immersive technology and ability to work productively anywhere conspires against us doing nothing in particular or even being bored. But it’s something we might nurture by changing the way we go about things. That includes the working cultures we create and the offices we design. There should always be time and space for being busy doing nothing. Except maybe a little creativity.

This first appeared on the What’s Up blog and in abridged form in the new issue of IN Magazine.