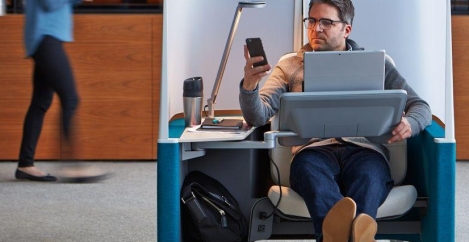 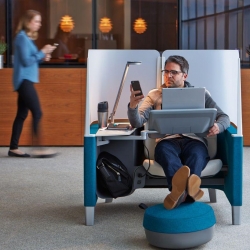 Office design and expectations around professionalism in the workplace are evolving along with the modern workforce in America, according to a new report from researchers at Olivet Nazarene University. The Modern Office Study claims that office design is evolving in parallel with changes in working culture, especially in the way that traditional North American cubicles, which were once the default model of office design in the US, are rapidly being replaced with open plan layouts. The report claims that these are now found in over half of American workplaces.

The researchers argue that although the uptake of open plan layouts remain controversial, business owners are in fact focusing primarily on the employees needs and wants first and foremost when they introduce new office design models and working cultures.

The report is based on a survey of over 2,000 American workers and set out to learn about their current office environment and how it impacts their levels of both productivity and happiness at work. The study asked about modern office layouts, happiness levels at work, employee productivity, digital distractions and how workers cope, messaging apps at work and working from home.