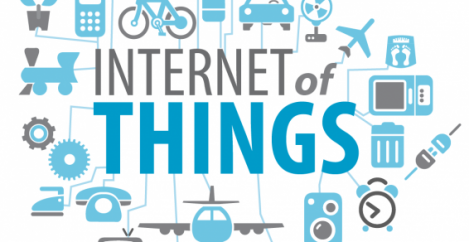 “Especially in large sites, such as industrial zones, office parks, shopping malls, airports or seaports, IoT can help reduce the cost of energy, spatial management and building maintenance by up to 30 percent,” claims  Bettina Tratz-Ryan, research vice president at Gartner.

The business applications that are fuelling the growth of IoT in commercial buildings are handled through building information management systems that drive operations management, especially around energy efficiency and user-centric service environments. In 2016, commercial security cameras and webcams as well as indoor LEDs will drive total growth, representing 24 percent of the IoT market for smart cities.

IoT deployment in commercial buildings will continue to grow at a rapid pace over the next few years, and is on pace to reach just over 1 billion in 2018. “Incentives into the deployment of IoT in commercial real estate will fuel its development,” said Ms. Tratz-Ryan. “The UK’s building information modelling (BIM) mandate, for example, requires that all public sector construction commencing in 2016 complies with BIM (level 2).” BIM utilizes data models coming from various information sources including IoT, which will be used by commercial real estate in the future.

In smart homes, the consumer IoT applications that are fuelling growth are smart TVs, smart set-top boxes, smart bulbs and various home automation tools such as smart thermostats, home security systems and kitchen appliances. “The growing maturity of smart home platforms through an ecosystem of home appliances, infotainment and home sensors will mean that smart home investments overtake those of commercial buildings in 2018,” said Ms. Tratz-Ryan.

Smart homes will represent 21 percent of total IoT use in smart cities in 2016, and will record the highest increase over the next five years. “Device and wireless standards will be embedded in more devices. Homes will move from being interconnected to information- and smart-enabled — an integrated services environment that will provide value to the home and the individual ambience,” added Ms. Tratz-Ryan.

At the United Nations’ climate change and sustainability conference, COP21 in Paris, many cities are pledging on environmental goals to reduce greenhouse gas emissions and improve environmental standards. “Thanks to data collected from sensors, smart cities can interact and engage with residents and businesses, creating a collaborative environment,” said Ms. Tratz-Ryan. In Singapore, for example, sensors in bus stops can identify people with different needs — buses are announced early to allow enough time for elderly people to be ready to board. In Malaga or Madrid, environmental sensor-mounted bikes or mail carts register air pollution, with the data uploaded onto a Web portal accessible by the public. “Citizens can actively contribute to the development and strategic direction of their city,” added Ms. Tratz-Ryan. “At the same time, businesses become more empowered to utilize the sensor data to create their value proposition.”

Generation Z imagines its future workplace design, pods and all Glassdoor announces lists of the best places to work for 2016