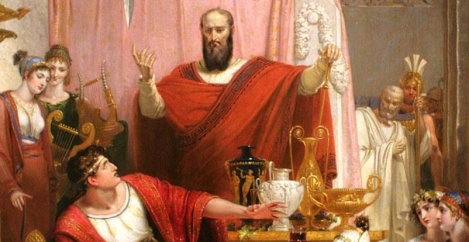 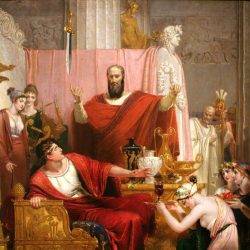 Asking for family-friendly flexible working patterns can lead to many people getting fewer hours, worse shifts and in some cases losing their jobs altogether, claims a new report from the TUC. Half (47 percent) of low-paid young mums and dads are struggling to manage work and childcare, according to the Better Jobs for Mums and Dads report. More than two in five (42 percent) said they felt penalised at work when they asked for flexibility – telling the TUC they are subsequently given fewer hours, worse shifts or even losing their job.

And many feel at the mercy of indifferent employers who can change their working hours on a whim. One in four (26 percent) parents told the TUC they had their shifts changed at short notice, and one in five (19 percent) had been given their rota less than a week in advance, making planning childcare very difficult.

In addition, more than half (58 percent) of mums and dads working in low-paid sectors like retail, hospitality and social care said that they didn’t know what rights at work they were entitled to. Nearly two in three (63 percent) weren’t aware of their right to unpaid parental leave.

As a result half (49 percent) weren’t using one or more of their legal rights to time off. That meant they ended up taking sick leave or holiday to cover childcare – nearly one in three (29 percent) had resorted to taking annual leave to cover their child being sick in the last year – and some were even prevented from leaving to look after their children in an emergency.

These working parents felt that language about “flexible working” and “work-life balance” didn’t apply to workers like them.

The TUC is calling for all workers – including mums and dads – to have the right to be notified of their shifts one month in advance. That will mean working parents can plan childcare commitments and do their jobs.

And the TUC is campaigning for all working parents – including zero-hours contracts workers, agency workers and those in casual work – to have the same parents’ rights, from day one in their jobs. Currently these rights are only available to workers with “employee” status – meaning 1.5 million workers won’t have access to these rights if they become parents.

TUC General Secretary Frances O’Grady said: “Too many workplaces expect mums and dads to forget all about their kids as soon as they walk through the door. But it’s a nightmare to plan childcare when your boss changes your shifts at the drop of a hat, and you never work the same weekly hours twice. Many parents fear losing shifts, taking unpaid leave or being viewed badly at work if they need time off to look after their kids. And it is shocking that some mums and dads are being stopped from taking their children to hospital when they are sick.

“All workers should be given notice of their shifts at least one month in advance.  Everyone at work should get the same parents’ rights from day one – and everyone should be given written information about these rights.”

In response to the TUC’s ‘Great jobs for mums and dads’ report, Working Families CEO Sarah Jackson OBE, said: “Younger parents are more likely to share care than the generations before them, and value flexibility at work highly. But the UK labour market is short-changing them. All too often a low-paid, insecure job, where the flexibility is all one way, is their only option if they want to work and care for their child. The government says it wants to expand workers’ rights post-Brexit. If it’s serious, it should level the playing field on parental rights between those classified as ‘workers’, ‘employees’ and ‘self-employed’ – giving all working parents access to the family-friendly rights that help balance work and caring for their family.

“But better rights are meaningless if parents feel they can’t use them – either because they’re terrified of being seen as ‘less committed’, or of getting ‘special treatment’, or both. To kick start the change in workplace culture needed, we must move to a situation where all jobs are designed and advertised flexibly, by default.

“This would prevent the ridiculous situation that sees working parents in the UK scrabbling about for jobs below their skill level because they need to fit work around caring for their children – whilst employers struggle to retain and recruit talented employees. The UK’s working families – and their employers – deserve better.”

Turning to the government’s plans to increase free childcare to 30 hours a week for working parents in England, Sarah said: “30 hours free childcare sounds great – but how will it work when the majority of the jobs parents need are advertised at 35 hours per week? It’s another example of a government policy designed to help families work and manage their finances, that won’t work as intended without more decent quality part-time and flexible jobs.

“Government and employers need to stop ducking the real issue – the UK labour market needs a radical shake-up. All jobs should be designed and advertised flexibly, by default.”

Image: The Sword of Damocles By Richard Westall, 1812

Third of sick notes are given out for mental health issues, claims NHS study Companies overlooking cost of cyber risks as variety and number of breaches increase