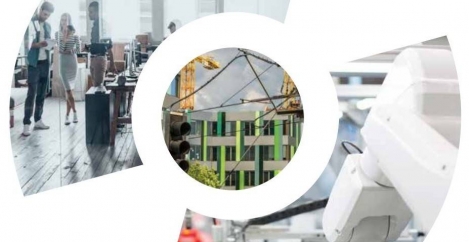 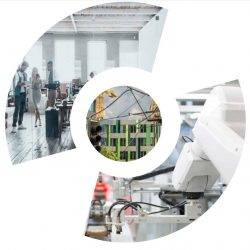 The patchy effects of automation and artificial intelligence could compound the economic differences between the UK’s cities, according to a new report from the Centre for Cities. It concludes that while automation will boost jobs in British cities over the coming decades, it will also deepen economic and political divisions across the country, with Northern and Midlands cities more exposed to job losses than cities in the South. The report claims that 1 in 5 existing jobs in British cities are likely to be displaced by 2030 as a result of automation and globalisation – amounting to 3.6 million jobs in total – with retail occupations, customer service roles and warehouse jobs among those most at threat. Significantly, however, this risk is not spread evenly across the country, with struggling cities in the North and Midlands more exposed to job losses than wealthier cities in the South. Around 18 percent of jobs are under threat in Southern cities, compared to 23 percent in cities elsewhere in the country.

Moreover, the report raises concerns that automation and globalisation will magnify the political dissatisfaction and divisions highlighted by the outcome of the EU referendum in 2016 – with many cities most at risk of losing jobs also among those which voted most strongly for Brexit. Mansfield, for example, is home to the highest share of jobs likely to decline of any UK city. In contrast, the cities with the lowest shares of jobs at risk are predominantly affluent places in the South of England.

These concerns about growing economic and political divisions across the country are further compounded by Cities Outlook 2018’s findings on jobs growth likely to result from automation and globalisation. It shows that all cities will benefit from jobs growth brought about by these changes – but in Northern and Midlands cities these jobs will largely be in low skilled occupations, while Southern cities are more likely to attract high skilled roles.

Around 1.4m existing jobs in British cities – nearly one in ten – are in occupations predicted to grow by 2030. Between 5-10% of jobs in all British cities today are in occupations predicted to grow in future (with the exception of Oxford, Cambridge and Brighton, where the share of jobs expected to increase is higher). Moreover, the emergence of new industries will bring new jobs which do not currently exist – just as the rise of sectors such as the IT industry did over the past century.