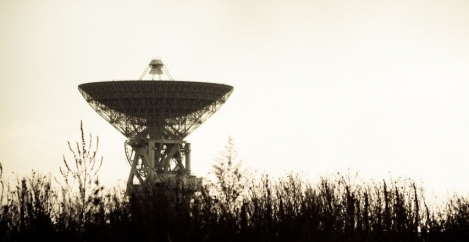 Picking through the workplace chatter 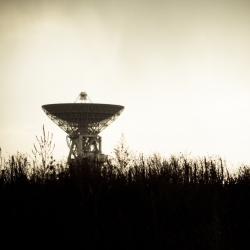 The Universe is a noisy place. Countless bodies chatter to each other against the backdrop of distant echoes from the Big Bang. Because we are curious, we have developed the technology to listen in and record the din and convert it from the electromagnetic vibration it really is into something we can sense with our ears. NASA has even produced a playlist of the noises from our own solar system and some of the objects we have propelled into it, which you can listen to here.

This racket makes life extremely difficult for scientists who listen to the vibrations to try to make sense of it all. That includes those in search of extraterrestrial intelligence who pick through the din in search of anything that might be a sign of intelligent life. Mankind’s eternal gaze into the sky to make sense of things, the dream of Orgonon.

This is a search complicated by the fact that some objects such as pulsars make sounds that could be produced by the communications of a civilisation.

The Big Bang of coronavirus has generated an impenetrable background din

This is currently my experience of trying to consume stories about the workplace. The Big Bang of coronavirus has generated an impenetrable background din, consistently largely of tips for working from home, 30 day free trials of apps and various predictions of a ‘new normal’. This last phrase for me is the trigger that I should stop reading whatever piece it is delivered in and go do something productive instead.

An exception to this rule is made for the likes of Perry Timms who have the insight and experience to pick up a hackneyed idea like this and play with it to reveal something new, as he does here.

For the same reasons, I am drawn to predictions about the future that are rooted in something apart from lazy assumptions and a set of prejudices. The best predictions about what happens next come from the likes of Kate Lister and her team at Global Workplace Analytics who suggest, based on data, that we will see a major shift to flexible working in the US in the aftermath of the pandemic.

One of the lazy assumptions is that this is an unforeseeable change in the order of things. But as Nassim Taleb makes clear in this interview, what we are witnessing is not a manifestation of a Black Swan event in the terms he made famous, but a White Swan. It’s not a new normal at all. It’s something that has been predicted, falls within the bounds of our normal experiences and has resulted in the acceleration of existing trends.

I’m reluctant to add to the noise now, having made my position clear in a couple of pieces published three or four weeks ago on the death of the office and what happens when it’s all over. I stand by them and in particular the fact that predictions about the future inevitably bear the stamp of the context in which they were written and the author’s own biases and objectives.

I am not immune to this which is why a piece like this in the FT appeals to me, because it reflects my own instincts.

“Tech-utopians have predicted the internet would liberate office workers from their glass and concrete cells for years. With more than a little irony, the biggest tech companies have taken a very different course themselves. The “campuses” of Silicon Valley behemoths are perhaps the best example of how to make an office appealing. On social media, tech workers have recently bemoaned the loss of access to perks such as good coffee, free food and on-site gyms. Making offices into spaces where employees want to be is not frivolous but an increasingly important part of corporate culture.

“Many more established companies have failed to make their workplaces as engaging as they might. But they would also balk at the revolutionary idea of dropping their offices entirely. Right enough. However good the technology gets, today’s enforced homeworking experiment looks set to prove the enduring appeal of a good office.”

As well as emphasising the benefits of physical spaces for our wellbeing, relationships and interactions, what the author is also highlighting are some of the consequences of swapping out one form of rigid work for another. A fact overlooked by Cushman & Wakefield in their creation of a six foot office concept that demands a very rigid workplace culture, looks impossible to manage and sidelines the more pressing problem of how people might travel to work on packed trains and buses.

The most obvious issue is loneliness, a point that was picked up on immediately by authors such as Robin Wright in this piece for The New Yorker who concludes that “the pandemic is forcing the human species—and our brains—to do the opposite of what we’ve learned to do over millennia in order to survive”.

Even the tools we use to alleviate isolation and loneliness can become a problem according to this piece in the MIT Review by Abby Ollheiser, which highlights the fatigue people are feeling at the forced recreation of their social and working lives on a screen.

“People are coping with the coronavirus pandemic by upending their lives and attempting to virtually re-create what they lost. The new version, however, only vaguely resembles what we left behind. Everything is flattened and pressed to fit into the confines of chats and video-conference apps like Zoom, which was never designed to host our work and social lives all at once. The result, for introverts, extroverts, and everyone in between, is the bizarre feeling of being socially overwhelmed despite the fact that we’re staying as far away from each other as we can.”

It’s not just workers who are using technology to mimic the structures they are used to. According to this Bloomberg article, organisations are building digital panopticons to cope with the fact that they are no longer in their direct line of sight.

The new normal might be a version of the old normal.

Sleeping habits improve under lockdown, but conspiracy theories abound There are some behavioural insights you cannot afford to ignore