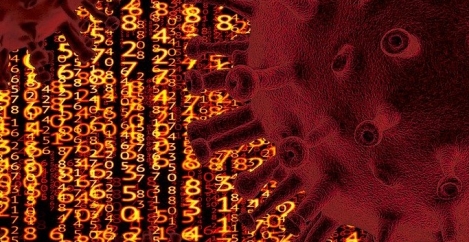 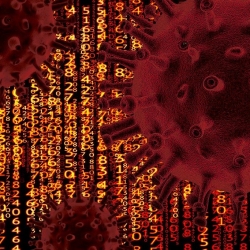 One of the surprising consequences of the current lockdown for many people is that they are sleeping more soundly. A new study claims that nearly two thirds of people are getting the same amount or more sleep than they were before the UK went into lockdown on March 23rd. However the report also uncovered some troubling attitudes amongst groups of people, even though the majority are informed and behaving as advised.

Researchers at King’s College London surveyed more than 2,250 people in collaboration with polling company Ipsos Mori and claims that school closures and working from home have inadvertently helped increasing numbers of people get a good night’s sleep. Conversely the report also suggests that a third of respondents are sleeping less, many citing worries about their jobs and income as the thing that keeps them awake.

According to Professor Bobby Duffy, director of the Policy Institute at King’s College, this group are experiencing less, and more restless, sleep.

The wide ranging study also looked at a wider range of attitudes and behaviours and found that the number of people who believe the virus is linked to a government conspiracy is surprisingly large.

The researchers found that overall, the public have a clear view of the seriousness of the health threat from Covid-19, and large majorities understand most of the key actions required of them. But this hides a diverse range of views and many misperceptions:

• A quarter believe the conspiracy theory that the virus was probably created in a laboratory, which increases to 45 percent among those who oppose the government’s lockdown measures.

• Nearly a third (31 percent) think “most people” in the UK have probably already had the virus without realising it. It is not possible to say whether this is true or false with certainty, in the absence of extensive testing, but the claim has been challenged by many scientists as it is based on unrealistic assumptions and contradicts other available evidence.

• One in seven (15 percent) still think people are more likely to die from seasonal flu than coronavirus, while the large majority of scientific estimates suggest that the latter is more deadly.

• At the other end of the spectrum, 29 percent believe coronavirus is either 20 times or 10 times more likely to kill you than seasonal flu (10 percent and 19 percent respectively).

• Two in five (39 percent) think they should be shopping “little and often to avoid long queues”, when government advice is to only shop for basic necessities as infrequently as possible.

• One in 10 (10 percent) believe they should visit elderly relatives in their homes to check on them – which official guidance warns against.

Significant minorities of the public are already struggling under the current lockdown measures, and more expect to in the coming weeks:

• On average, people say it will be six weeks before the current measures become extremely difficult for them to cope with.

• One in seven (15 percent) say it is already extremely difficult to cope, and a further 14 percent expect it be in the next four weeks.

• Younger people are more likely to find it difficult: 42 percent of 16-24s are already finding it extremely difficult, or expect to in the next four weeks.

• One in five (22 percent) say they already can’t afford essential items or housing costs, or that they are certain/very likely to during the crisis.

However, there is an understanding that the measures will be in place for some time:

• 41 percent think it will be six months or more before current restrictions are lifted.

• 51 percent think it will take a year or more for life to return to normal.

• 42 percent think it will be over a year before the economy grows.

The effects on wellbeing

The risk from the virus and the changes in behaviour required are having an impact on some people’s welfare and wellbeing:

• Half of people (49 percent) say they have felt more anxious or depressed than normal as a result of coronavirus.

• 38 percent have slept less or less well than normal.

• 19 percent have argued with their family or housemates more than normal.

• 6 percent have phoned a counselling or support service.

• 25 percent of people are checking social media several times a day for updates on coronavirus, and 7 percent are checking once an hour or more.

Professor Bobby Duffy, Director of the Policy Institute at King’s College London, said: “People have generally got the message about how serious the threat from the virus is, and the importance of the measures being required of them. But at a time when the government is warning it may bring in more severe restrictions if enough people don’t follow the rules, this research shows there is a significant minority who are unclear on what some of them are, as well as many who still misjudge the scale of the threat from coronavirus or believe false claims about it. And this matters: how we see current realities and the future is often related to how strictly we follow the guidelines and our attitudes to the lockdown measures.

“There are also significant minorities who are already finding the measures to contain the virus extremely difficult, and more who expect this to be the case soon. The range of impacts that people say they’re experiencing include real financial difficulties, in not being able to pay for essential items or housing, and on broader wellbeing, from lost sleep, increased anxiety, drinking and arguments at home.

“Despite this, the government’s recent stricter actions are viewed very positively, much more so than their overall strategy, with people likely to think the approach has been confused and inconsistent. This is likely to partly relate to the strong impression among many that the original aim was to achieve ‘herd immunity’ – although there is now greater sense that the overriding objective is to prevent the NHS from being overwhelmed.”