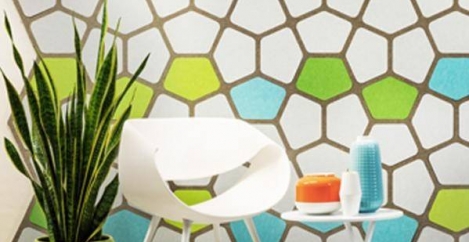 Problems with noise at work? A lot of it is in our heads 0 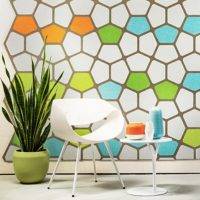 When it comes to working in an office, hell really can be other people. Many staff can have enormous difficulties coming to terms with the sounds that form the backdrop to their working day, especially if they work in open plan areas. The problem of noise at work is particularly acute right now because most UK employees now work in open plan offices and at workstations that are on average about 20 percent smaller than they were ten years or so ago. Yet, on the face of it, the business case for working in open plan offices is pretty clear cut.

Not only is it more conducive to communication and less bound by ideas of that great contemporary no-no that we call ‘status’, open plan workstations not only take up around half the space of cellular offices, the costs of fitting out a cellular office are around 25 per cent higher than an equivalent open plan space. It’s no surprise that the open plan is the default model for most workplaces in many countries.

That is not to say that it is perfect. And the biggest problem appears to be the lack of privacy it provides and a greater exposure to other people and their devices. An analysis by office furniture manufacturer Steelcase found recently that the average worker is interrupted or distracted every three minutes and it takes them fully twenty-three minutes to return to a task after being interrupted.

The consequences of this are now very apparent. While open-plan offices are designed to encourage collaboration, research published last year by Oxford Economics found that more than half of employees say poor office acoustic design reduces their productivity and makes them unhappy. Many feel compelled to solve the problem on their own, blocking out distraction through visits to break out spaces, taking walks outside, or listening to white noise and music on headsets or headphones.

By contrast, people working in isolation, for example at home, are as much as 56 percent more productive according to a study of 13,000 employees carried out in the US by John Olson of BOSTI Associates. It found that the single most important factor in determining productivity was the ability to do distraction-free work. Isolation creates its own challenges in other ways, but it does at least get around the problem of noise and interruptions.

This may seem like a very 21st Century sort of problem, but we’ve actually known about it for a long time. Aldous Huxley bemoaned the din of technology in his 1946 essay Science, Liberty and Peace, which covers a range of topics including this prescient piece on silence: “The twentieth century is, among other things, the Age of Noise. Physical noise, mental noise and noise of desire — we hold history’s record for all of them. And no wonder; for all the resources of our almost miraculous technology have been thrown into the current assault against silence.”

The knee jerk response to all of this is to blame the hegemony of open plan design and our exposure to its racket. Yet, volume is not the only thing we need to worry about. A 2015 analysis of 100 research papers by the environmental psychologist Dr Nigel Oseland found that just 25 percent of the effect of noise in the office could be attributed to its volume. More than half of the effect is due to psychological factors such as context and attitude, perceived control and predictability and personality type. “Noise is a psychophysical phenomenon”, he wrote, “and as long as we continue to focus on physical metrics and disregard the psychological component, we will never resolve the biggest and often ignored problem of noise in the workplace.”

Even though the main focus of acoustic design in offices focuses on reducing volumes, we’ve known for a long time there’s far more to it than that. Donald Broadbent was a researcher who died twenty years ago. Yet his research into cognitive psychology has never been more pertinent than it is right now as we continue to struggle with the effects of unwelcome noise in open plan offices. This revealing BBC programme explores some of his ideas, especially the idea he called The Cocktail Party Effect, which now comes under the rather less romantic heading of psychoacoustics.

Other research into the same idea includes a study published in the British Journal of Psychology which highlighted the role that ‘irrelevant noise’ plays not only in disrupting work, but also in increasing stress levels and decreasing job satisfaction.

What is interesting about the research in this area is that the things that cause the most stress, annoyance and distraction are those that are either irrelevant or over which people have no control. It’s not just about the level of noise, but its type. For example, the Scandinavian researchers Anders Kjellberg and Bertil Nordstrom found that sudden noise was far more distracting than constant background noise, which explains why interruptions may be more of a problem in a relatively sedate office than in an ostensibly noisier contact centre.

Similarly, they found that the noise of printers and other equipment is only really annoying for the people not using them. The same researchers also cite research that shows how colleagues’ speech is more of a problem when it is unintelligible or irrelevant.

What such studies confirm is that office design must take a sophisticated approach to the issue of acoustics. The problem of noise in offices has both a physical and psychological dimension, so solutions must reflect both the solid and easy to define characteristics the building and its interior, but the rather less easily definable issue of culture. That is not to say that it’s all in our heads, but that we must look at all of the facets of acoustic design if we are to come up with the best possible solutions.