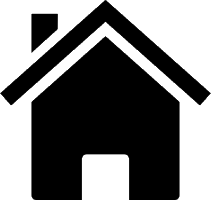 This week the Office for National Statistics has released new figures which show that flexible working is at a record high in the UK. The headline figure from the ONS is that 14 percent of the UK workforce now either work at home full time (5 percent) or use their home as a base (8.9 percent). This represents a 1.3 million increase over the six years since the onset of the recession. The report shows that those working from home are typically skilled, older (half between the age of 25 and 49 with 40 percent of over 65s classed as homeworkers) and better paid than the average worker (30 percent higher than the national average). The Government is claiming it as a victory for the promotion of flexible working through legislation and the TUC as a sign of the increasingly enlightened approach of bosses in helping employees find a better work life balance. And they’re both wrong.

In an interview in the Daily Mail Frances O’Grady of the TUC claims that homeworking is an alternative to the traditional commute and 9 to 5. Meanwhile Employment Minister Jenny Willott says that: ‘Current workplace arrangements are old fashioned and rigid. This is why we have extended the right to request flexible working to all employees as of 30 June. We have also made it easier for employers to consider requests by removing unnecessary bureaucracy. Extending the right to request flexible working to all employees will drive a cultural shift where flexible working becomes the norm and is not just for the benefit of parents and carers.’

Neither seem to grasp what these figures actually suggest. Levels of employment have been flatlining of falling across the UK for some time and although more people are in work, that is almost entirely down to a huge surge in the numbers of people who are self-employed or have started micro-businesses – which is often one and the same thing. People aren’t working from home as an alternative to going to work in an office for an employer. There is no office and there is no employer.

Indeed, figures released by the Government in March might even suggest that the rise in the numbers of self-employed is a direct result of the lack of paid employment, something that the economist economist and former Bank of England staffer David Blanchflower, claimed in a Guardian interview in May as ‘a well-documented pattern of people failing as jobseekers and then moving into self-employment status, often out of desperation rather than anything more positive.’

In other words people are setting up on their own as the only way of earning a living. In the last quarter of 2013, the number of people identified as self-employed in the UK rose by a staggering 211,000 while the number of employees fell by 60,000. There are now 4.46 million self-employed people in the UK and rising, not coincidentally at the same time as the rise in the number of homeworkers.

Far from heralding a golden era for work-life balance, a new psychological contract between employer and employee and an alternative to the 9 to 5, there are structural changes here in the way people earn a crust and for the Government, lobbyists in the TUC and others to claim different is almost certainly misleading and can only lead to bad decisions about work and workplaces.

Many UK firms are unaware of new flexible working rules, or unready for them The Shard evacuated after smoke spotted in basement of EU’s tallest building